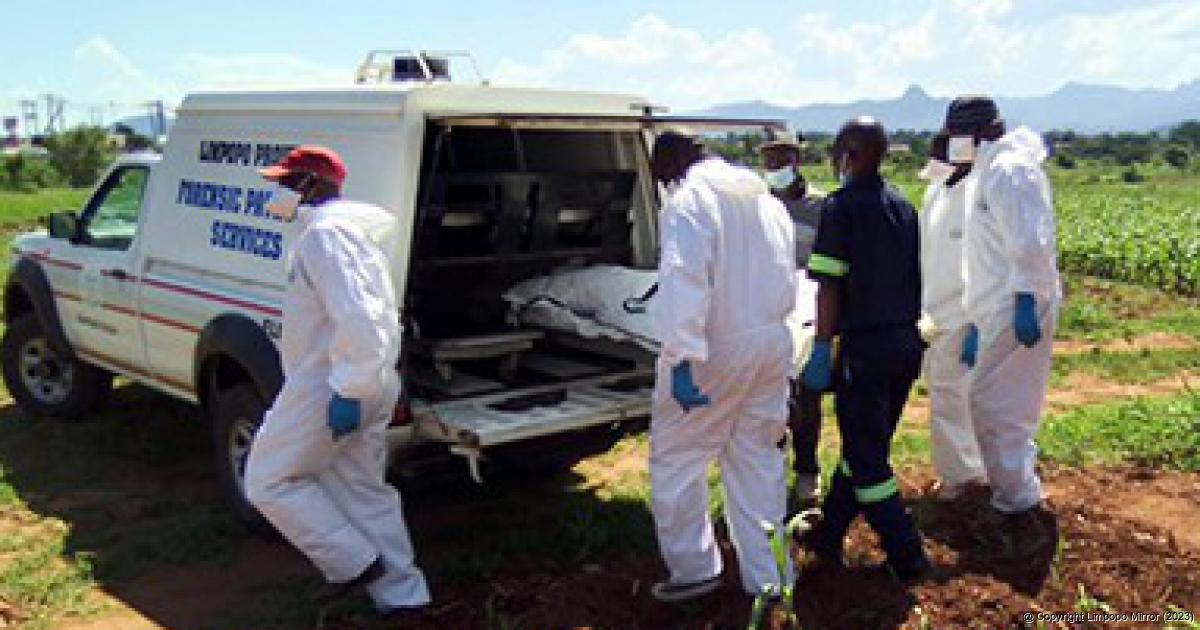 A forensic team takes the body of the late Livhuwani Radzuma away. Photo supplied.

Livhuwani Radzuma had dreams of becoming a successful businessman. Sadly, these dreams will now never become a reality. The 24-year-old from Ha-Ramukhuba Fhedzisani left his home on Friday, 19 November, and never returned.

When his family noticed that he had not returned, they thought that he might have gone to visit a friend for the weekend. But when they went to his friend’s place on Sunday, 21 November, and were told that he had never been there, they started to get very worried.

After a full week of searching for Livhuwani, his decomposing body was found near a tavern in Migeroni in Thohoyandou.

According to the deceased’s sister, Maria Radzuma, Livhuwani and a friend went to a tavern in Migeroni on Friday (19th). At some point his friend left the tavern and when he came back, a group of unknown men were beating Livhuwani. The friend tried to help him but was beaten with a bottle, so he ran away. “That was the last time Livhuwani was seen.”

Maria said the family was in deep mourning over her brother’s death. “This is too much. Seeing his decomposed body like that was very traumatic for the family,” she said.

Police spokesperson in Vhembe Sergeant Tshifhiwa Radzilani said that an inquest had been opened and the police were investigating the case.