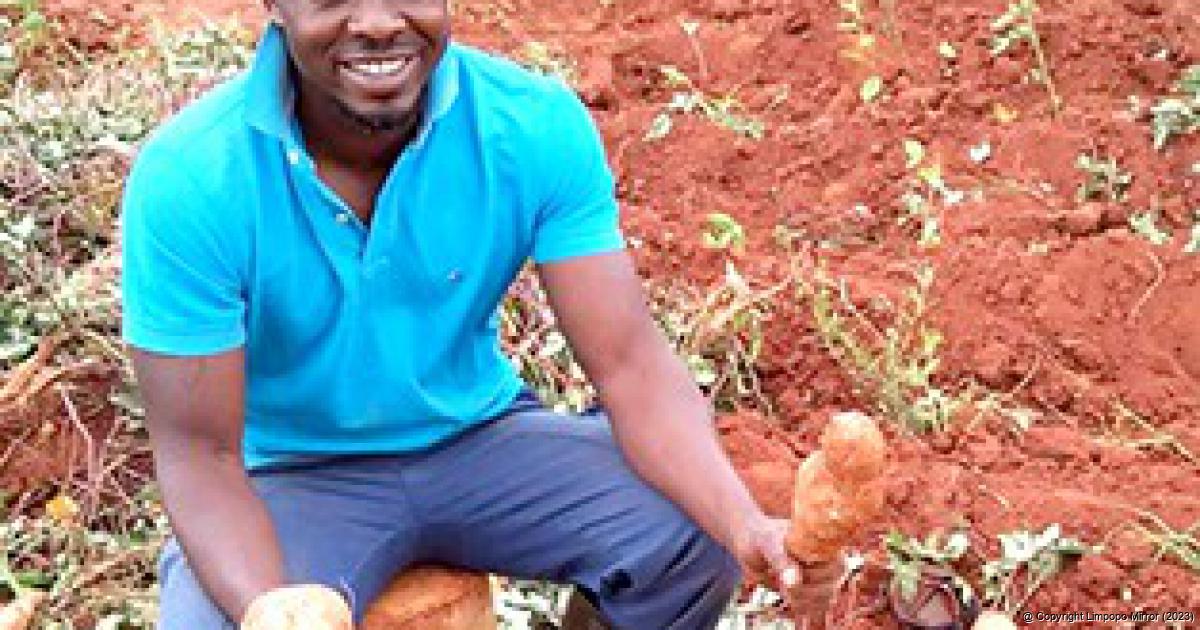 Ndiimafhi Madala of Makonde village proudly displays the sweet potatoes he produces from his piece of land in Matangari.

Loosely translated, the Tshivenda saying “lupfumo lu mavuni” means ‘wealth comes from the soil’, and Ndiimafhi Collen Madala of Makonde village outside Thohoyandou uses these words as an encouragement of hope.

Madala said that he was worried about the people around him, especially the youth, who complained about a lack of jobs while land could be turned into a money-making mechanism.

“You don’t need big land to start farming. You can start at home in your backyard and plant a few vegetables to eat at home or to sell to the neighbours. When things get better, you can always request bigger land from the traditional leader to do your farming. No traditional leader can deny you land if they see that you are doing something good in your small garden at home,” said Madala, who started with a small vegetable garden in his own backyard.

When he was young, he often accompanied his late father, Vho-Mphaya Madala, to the fields. “My father had a tractor and he used to plough for local people for some cash. When he was not busy ploughing, he would take us with him to his fields at Matangari, where we worked the whole day, until late. I was not interested in farming then because I was still young. When my father passed away, my mother, Vho-Tshinakaho, continued to work the same fields at Matangari. Over time I realized that my mother was getting old and that she no longer had the energy to walk to the fields and work in the scorching sun. That was when I decided to take over and work on my own.”

Madala plants sweet potatoes, maize and beans, which he sells to the local people who operate informal markets along the Makonde road. “People take informal farming for granted but it is a very effective way to put food on the table. I encourage young people to forget about partying and get down to work by creating jobs for themselves. If we all play a role, there will be no need for us to complain about poverty in our society.”