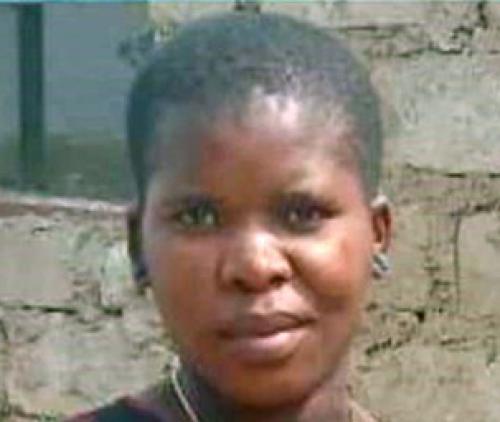 The Mulaudzi family in Ha-Malima, Pfananani, have appealed to the community to help them find Lutendo Mulaudzi (30).

According to Patrick Maduwa, spokesperson for the family, Lutendo left home on 8 October at about 05:00. He said that she was wearing green leg-stockings and a black t-shirt with a towel around her waist when she boarded a taxi to Elim. Two days later, she was seen wandering along the road next to the flea markets in Elim. “The police were called, but when they arrived, she was nowhere to be found until today,” said Maduwa.

Lutendo has three children, with the youngest less than a year old. One of the children is disabled and needs constant care and supervision.

According to the family, Lutendo has been suffering from a mental illness for the past year. The family members are concerned that Mulaudzi may not be taking her medication, which may worsen her condition.

“She is short, medium-sized and light in complexion with short hair. As a family, we are appealing to anyone who may know where she is to contact the Tshitale Police Station or any other [police] station,” Maduwa said. Alternatively, anyone who might see Lutendo can call her sister, Karuwani Mulaudzi, at 071 582 2257 or 079 641 8046/078 038 4493.