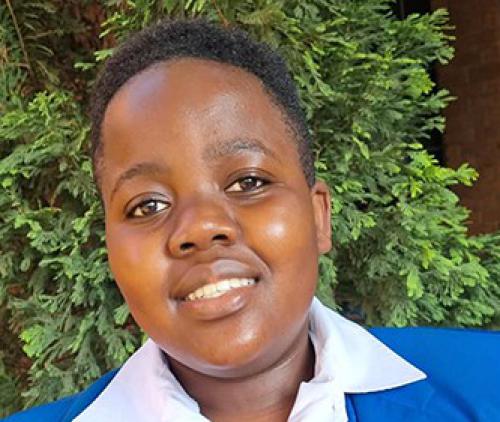 Zwanga Murathi, a Grade 8 pupil at Bryanston High in Gauteng is bursting with pride after he was announced third-place winner in the national World Knowledge Olympiad. Picture supplied.

Zwanga Murathi (14), a Grade 8 pupil at Bryanston High School in Sandton, Johannesburg, bubbled over with joy and excitement after he was recently announced third-place winner in the national World Knowledge Olympiad.

Zwanga is originally from Thohoyandou, but currently resides in Ferndale, Gauteng, with his parents. He said that he heard about the competition and decided to enter. He is also an excellent rugby player at the school. “Since rugby was cancelled this year, I decided to challenge myself and give it a go, since I had no other extramural activities that kept me busy,” he said.

He said that he felt very nervous during the competition, since he was competing with learners older than him. “I felt so proud when I was announced third-place winner,” he said. “It gave me a lot of confidence to keep working hard.”

The World Knowledge Olympiad is a longstanding national Olympiad for Grade 6 – 12 learners in South African schools. The aim of the Olympiad is to test the general knowledge of learners and encourage them to access appropriate media sources to expand their knowledge and understanding of the world around them. In so doing, learners develop 21st-century skills such as curiosity, self-driven learning, personal initiative and global awareness.

Zwanga’s grade controller at Bryanston High, Mr Adam Maudsley, expressed his own joy at the pupil’s triumph. “I am incredibly proud of his achievement and how he always gives his best in all aspects at school,” Maudsley said.