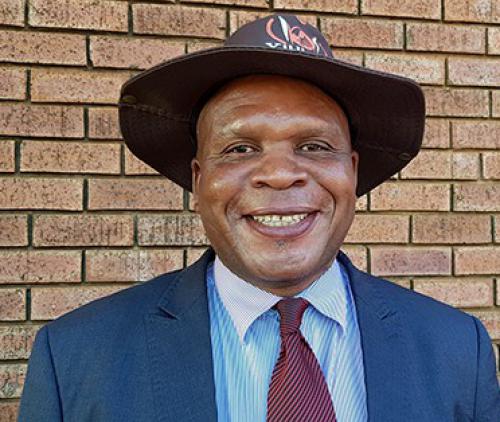 Vhamusanda Vho-Thinawanga Randima of Khubvi village is upset because a fake news story was broadcast without journalists' checking the facts. Photo supplied.

A false story about a man who was caught cheating on his wife and whose private parts were then cut off, is still a source of unhappiness among residents of Khubvi village. The story was broadcast on Phalaphala FM last Monday (August 30) but withdrawn the next day when the station realised that it was not true.

Vhamusanda Vho-Thinawanga Randima of Khubvi village was still very upset the past week and insisted that the station send representatives to come and formally apologise to the people in the village. He said the story had tarnished the image of the village, because the incident had supposedly happened at Khubvi.

Randima accused the radio station of relying on social media for news, instead of verifying facts. He said that, after the story had been aired, the tribal council had to respond to questions from many listeners who wanted to know exactly what had happened to the man whose private parts had been cut off. He said some of them had been very abusive and had insulted people from Khubvi.

Ms Sharon Ravele, the programme manager at Phalaphala FM, said that the station would like to apologise to listeners and the residents of Khubvi village about the incident. On Tuesday, 31 August, the presenter of the talk show, Mr Mpho Rathando, and the producer, Tshililo Khanari, went on-air to report to the listeners what had happened. Both the producer and presenter withdrew the story and duly apologised.

Ravele also went on air to apologise to the listeners about this incident. “The station takes the broadcasting of fake news seriously. The Phalaphala FM management unreservedly apologises to Khubvi village residents and all listeners. Phalaphala FM recommits to deliver well-researched content and will continue to educate, inform and entertain diligently,” Ravele said.

The producer, Khanari, had been relieved of all on-air activities until the 12th of September, she added.