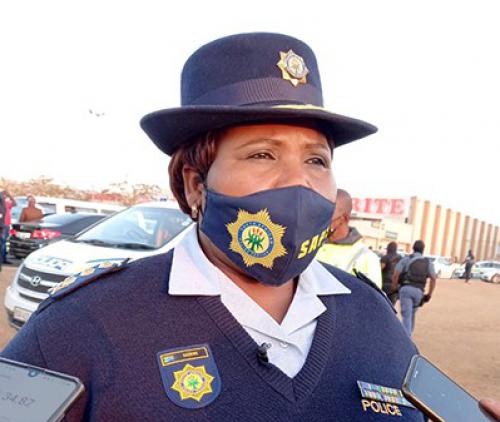 The provincial commissioner of police in Limpopo, Lieutenant General Thembe Hadebe, has strongly condemned the brutal murder of another senior citizen at the hands of a family member. Photo: Provincial SAPS communication unit.

The provincial commissioner of police in Limpopo, Lieutenant General Thembi Hadebe, has strongly condemned the brutal murder of a 99-year-old woman from Tshidzini-Tshilaphala village in the Tshaulu policing area just outside Thohoyandou, on Saturday, 21 August.

The elderly woman, identified as Munzhedzi Kwinda, was allegedly killed by her 59-year-old nephew, who lived with her in a family unit. According to Limpopo police spokesperson Brigadier Motlafela Mojapelo, the suspect allegedly accused his aunt of “wanting to kill him for ritual purposes”. The suspect then took a knife and allegedly stabbed the old woman to death. The police were called and, upon their arrival at the scene, the suspect was immediately arrested.

He appeared in the Tshaulu Periodic Court on Tuesday, 24 August, and the case was postponed to 26 October 2021 for medical observation. The suspect was remanded in custody.

Lt-Gen Hadebe called upon members of the community to refrain from resorting to violence, especially against vulnerable citizens, when resolving domestic disputes and advised people to ensure the safety of this vulnerable group.