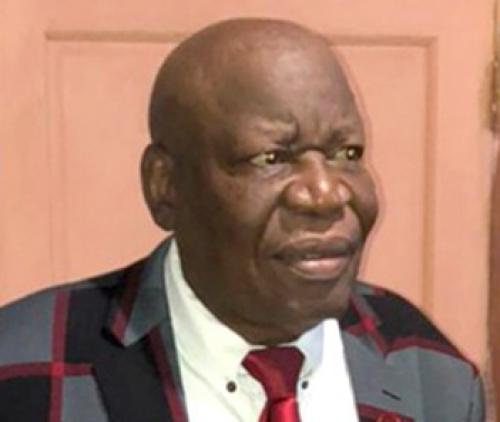 Obie Moseboa is no more

The chairperson of Makhado Municipality’s Sports Council and educator at Sinthumule High, Mr Oberd “Obie Maobler” Moseboa (61), died peacefully at his home in Newtown, Louis Trichardt, on Thursday, 15 July, after a short illness.

Moseboa was a teacher known for his efforts in helping to develop young soccer players. During his heydays, he coached Gogobole Bucs. He was chairperson of the Zoutpansberg Soccer Association until it merged when the new municipal demarcations came into place. Until his death, he was the chairperson of Makhado Municipality’s Sports Council.

Moseboa’s sister, Ms Violet Moseboa, said the family was proud of everything he had accomplished in his life and within the community. “Obie had played an important role in raising the standards of soccer and education in the local community. We are deeply saddened by his death, but we will have to accept it, because God’s will has been done. May his soul rest in peace.”

The former secretary of the Venda Football Association and Great Northeast region, Mr Ronald Makhadi, conveyed his sincere condolences to the family in their time of grief. “It is a very sad tiding indeed. His knowledge of the sport will be greatly missed,” said Makhadi.

The secretary of Makhado Municipality’s Sports Council, Mr Mashudu Nengudza, said that the sport fraternity had lost one of its pillars, someone who had always worked hard towards the development of the sport in the area of Makhado. “The whole region was shocked when we heard of his death. We have been with him for many years,” he said, and described Moseboa as a community builder who was “larger than life” during his term as soccer administrator.

“He was always there when we needed him. Now that he is gone, we are afraid that no one will ever be able to fill his shoes. We visited him during his last days and he could not stop talking about soccer,” Nengudza said. “We are greatly saddened.”

Mr Khathutshelo Badugela, principal of Sinthumule High, said that they too had lost a valuable member of their school. “Moseboa was a very dedicated and disciplined educator, and always committed to his work. Our school is poorer for losing him and we shall miss him very much,” he said.

Moseboa’s funeral is this Friday (23 July). The service starts at 06:30 at Gogobole, whereafter he will be buried at Louis Trichardt Cemetery.