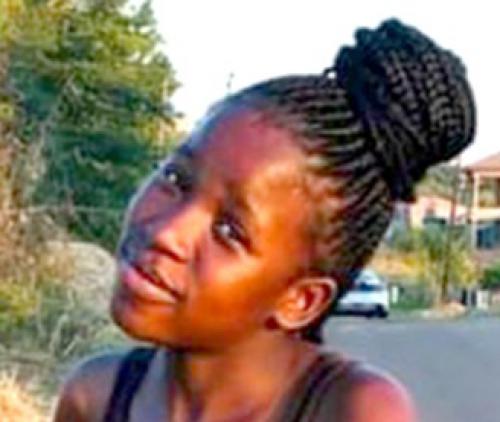 Hope Netshiozwi is charged with concealment of birth after she had allegedly dumped her newborn baby into a pit toilet. Photo supplied.

Mom who allegedly dumped baby in pit toilet out on bail

Hope Netshiozwi (23), the young Maniini resident charged with concealment of birth after she had given birth to a baby girl and then allegedly dumped the newborn in her neighbour’s pit toilet in May, re-appeared in court on Tuesday, 6 July.

The baby, who was dumped into the pit latrine on the night of Thursday, 29 May, was only discovered the next morning at about 06:45. A neighbour, Ms Flociah Ramutumbu, was about to use her outside toilet when she heard something that sounded to her like a baby crying. The door of the toilet was closed, so she called the neighbours to help her inspect the source of the noise. According to Ramutumbu, Netshiozwi quickly tried to convince them that it might have been a cat and even offered to come with a stick to attack it, but Ramutumbu said she was certain that it was a baby crying. When they opened the door, the baby was found inside the pit toilet. The emergency medical services were called and quickly arrived. They baby was rescued and immediately rushed to Tshilidzini Hospital, where she was placed in the care of nurses.

Netshiozwi was arrested when the police started to make inquiries about girls or women in that village who had been pregnant over the past few months. Her case was postponed to 27 August for further police investigation. She was granted bail of R3 000. The baby girl still remains safe in the hands of the nurses at Tshilidzini Hospital.

Ramutumbu, who is still deeply traumatized by what happened, said she was glad that Netshiozwi had been arrested, as this kind of cruelty, especially among young women who give birth to unwanted babies, had to be stopped. She said that more humane ways of addressing the situation existed, such as giving the child up for adoption.

Ramutumbu said that, since the baby was found, no one wants to use that toilet anymore.