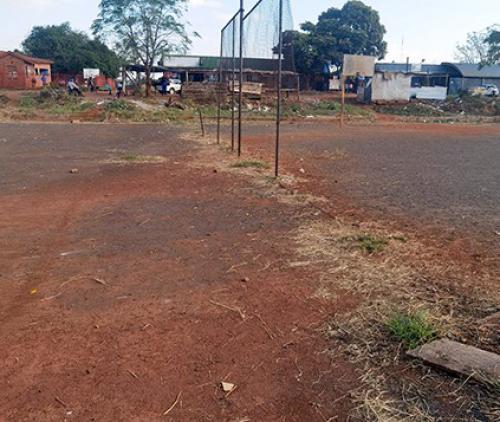 The first tennis court in Vhembe was built in Makwarela Township. It will soon be replaced by a shopping centre.

Makwarela residents unhappy about not being consulted

Makwarela Township is one of the first and oldest townships in Vhembe, and the first one to have a tennis court.

Years back, the tennis court used to be a hive of activity, with young people hanging out there and enjoying tennis and other games. As time passed, the court - the only one in the then Venda homeland where people could play tennis - became vandalized. Despite constant requests by the community to have it resuscitated, it eventually deteriorated completely and became a hang-out for thugs.

The once-thriving meeting place for young and old became notorious, where sexual activities and illicit drugs proliferated. But despite this, the community still had hope, and even while they continued to try and find ways to revive it, news started doing the rounds that it was for sale to the highest bidder, and that the site had been earmarked for a shopping complex.

Community leader Mr Isaac Ngobeni said that, despite its dilapidated state, the old tennis court still enjoyed huge patronage by the youth, who engaged in different sporting codes. “The news that it was for sale came as a complete shock to the community. After learning this through the grapevine, we sent a delegation to the municipality to find out what was happening,” he said. “The first response we got was that it was not for sale, but it was later confirmed sold. We are very disappointed about the way things were done, and the community is very angry. As a community, we were not consulted. We are not saying we are against the development, but the way things were done leaves much to be desired,” he said.

Ngobeni further pointed out that selling the court would be to the disadvantage of the youth, who would only be driven to engage in bad activities. “We will be having a meeting with the municipality and the businessman (in question) to clear the air before any development takes place,” Ngobeni said.

Thulamela municipality’s spokesperson, Mr Ndwamato Tshiila, confirmed that the tennis court had been sold to a local businessman. “The court has not been used for a long time and the development planned in its place will be for the good of the community. Many locals will be employed at the centre during construction and when fully operational. And to add to that, all is not lost as a new tennis court is to be built for the community at the local Makwarela Stadium,” Tshiila said.