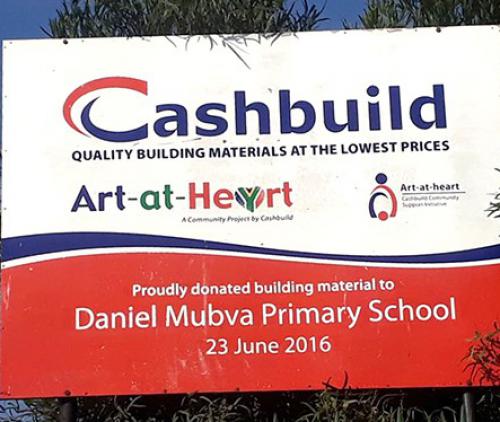 The Daniel Mubva Primary School in Ravele, where two pupils were arrested for attacking a teacher with a knife.

A teacher at the Daniel Mubva Primary in Ravele was allegedly attacked with a knife by two pupils after they were reprimanded for sniffing glue on the school premises and bullying some of the other learners.

The two pupils, aged 18 and 15, allegedly chased after the teacher with a knife and then slashed all four tyres of his car. The incident occurred on 16 April.

The Vhembe District’s senior manager in the education department, Shumani Ravhuanzwo, and the Soutpansberg West’s circuit manager, Ms Christina Ramovha, visited the school and SGB to meet with all stakeholders of the school on Monday, 19 April. According to several parents, too many schools in the province still do not have any security, which leaves a door open for violence.

One of the parents, Ms Mashudu Mudzielwana, said that she was shocked to hear about an incident where two pupils had been stabbed inside a classroom. She said that the school had a responsibility towards the children and that pupils were supposed be safe on school premises.

“How is it possible that pupils carry weapons to school without anyone knowing it? We blame the school for not protecting the pupils against such dangers. We believe that learners must be searched before entering the school premises to make sure that no weapons are carried inside. When we send our children to school, we entrust them to the safety of the school, but they fail us,” Mudzielwana said. She is worried that, since the incident, neither the school management nor the SGB has come to her to explain what had happened at the school.

The MEC for Education, Ms Polly Boshielo, said that schools were centres for teaching and learning, not centres for violence. “We want justice to take its full course against pupils who commit crime inside school premises,” she said. “We call upon parents and guardians to join hands with the police and educators to ensure that schools remain a safe environment at all times,” Boshielo said.

The two boys were arrested by the police and appeared in the Tshilwavhusiku Magistrate’s Court on Wednesday, 21 April. At the time of our going to press, the outcome was not yet known.