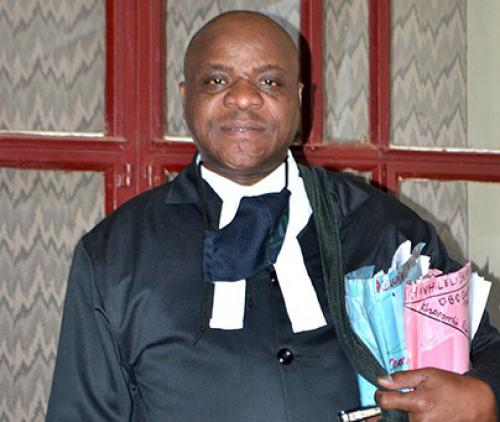 Sampson Tshikovhele worked his way up from being a teacher to making his childhood dream of becoming an advocate come true.

Sampson Tshikovhele (51) is an example of someone who believes that hard work, combined with passion, will take one to the top. This former teacher is now an advocate and a candidate attorney at a well-known law firm in Thohoyandou.

The journey has been a long one for advocate Tshikovhele, a local resident from Lufule 2. He still remembers how he started out as a language teacher at the Ratshikwekwete Secondary School in the Vuwani area in 1993, after completing his Bachelor of Education (BA Ed) degree at the University of Venda (Univen).

“I was an educator for almost 22 years, though the law profession had been my dream career after matric. But during our times, parents regarded teaching as the most popular career. I later registered part time for a bachelor’s degree in law (LLB) at the University of Venda,” he recalls.

In 2011, he attended a six-month law clinic course at Univen and eventually completed his LLB in 2013. “It gave me courage that I would become an advocate one day,” said Tshikovhele, who was still teaching full time at that point.

In 2015, he handed in his voluntary resignation as an educator, to allow him to serve his articles as candidate attorney at the firm of Mvundlela & Associates Attorneys. He had also registered at the Polokwane Bar for a pupillage programme (the advocate training) and was finally admitted as advocate in 2017.