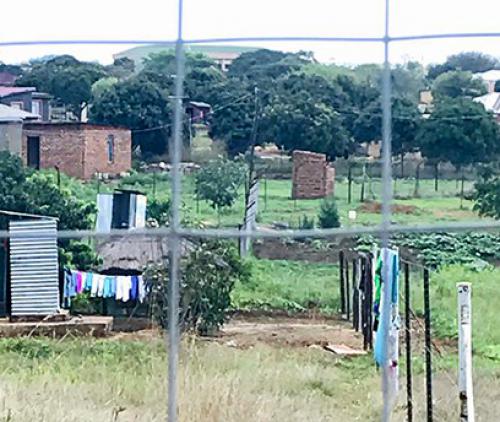 Three households at Mvelaphanda village were disconnected from the Eskom grid in March this year.

No electricity for months after Eskom cuts illegal connection

“As I walk home from the bus stop every day since March this year, I have to collect pieces of wood for making a fire, so that I can prepare meals for my family,” said a 32-year-old lady from Mvelaphanda village, which falls under the Thulamela Municipality.

Mvelaphanda was electrified in 2013, but since March this year the lady and two other households have been disconnected from the grid. “I really do not know why Eskom does not want to come to our help. Eskom disconnected an illegal connection that was performed by a neighbour from a new stand. In the process, it affected three households. We alerted Eskom about the disconnection,” said the lady, who did not want her name to be published.

She claims that they tried phoning Eskom on several occasions but have been sent from one office to the other. In some instances, she claims, the three families affected by the power cuts have been told they had been illegally connected to the Eskom grid. The last time the three called Eskom, they were asked to buy their own transformer, so that electricity could be restored.

“It is a very challenging situation for us. There is no bush near our places where we can easily find firewood. Our children need to do homework and we cannot continually use candles or a torch from a cellphone. Some of us have to prepare food for kids at night and it becomes a challenge,” she said.

In response, Ms Liezel Gerstner from Eskom’s contact centre said that the queries from the households at Mvelaphanda village had been loaded onto Eskom’s system and sent to the relevant department to be dealt with. Eskom expects feedback with regard to these queries in five working days, said Gerstner.