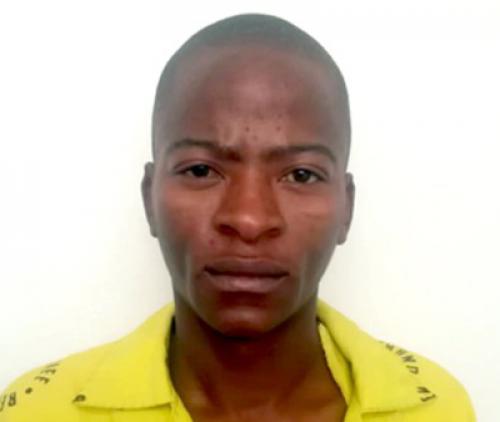 Vhutshilo Mashige is on the run.

The suspect, Vhutshilo Mashige (30), was arrested in connection with the death of his girlfriend, Ms Takalani Tshilamulele, who was found murdered in some bushes next to a bridge at Ravele in November 2018.

After the incident, Mashige had been on the run for two weeks but was later brought to the police by his mother.

Mashige allegedly escaped by forcing open the door of the cell, after which he disappeared. According to police spokesperson Brig Motlafela Mojapelo, the police are conducting an internal investigation.

The police have appealed to people not to attempt to arrest the suspect in case they meet him, saying he is extremely dangerous. They should instead report his whereabouts to the nearest police station. Mojapelo said additional charges of escaping from custody had been opened.

The police are appealing to members of the community to assist with information that can lead to the re-arrest of the escapee.