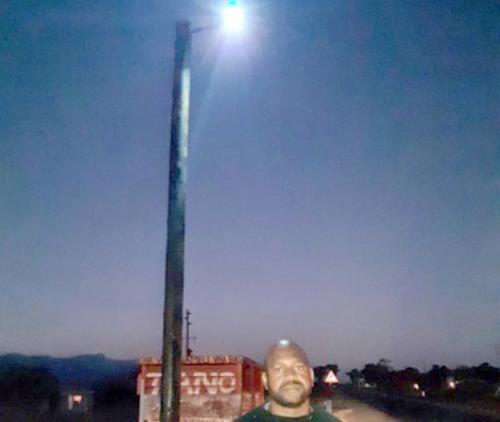 Vhathundimapfura pleaded with people to protect the floodlights from vandalism.

Residents of Tshiozwi and neighbouring villages are celebrating the implementation of a bus-stop lighting project that has benefited them.

As a way of fighting and preventing possible attacks on early-morning and late-evening commuters, the Vhathu Ndi Mapfura Foundation erected floodlights at strategic points at several bust stops and loading points along the D3751 road between Tshiozwi and the neighbouring villages.

A 34-year-old mother of three children, Ms Ndanduleni Mulaudzi, said that she usually arrived at the bus stop at 04:30 for the 05:00 bus and that it would still be very dark at the bus stop where she had to wait for some time before the bus arrived. “While waiting in the dark, it was always frightful and not safe, but what could one do then?” she said.

Vhathundimapfura, who had also donated some blankets to the AFM Tshiozwi at Tshiozwi village, said that the organisation wanted to ensure that the workers would have lit spots to wait at for the bus or their mode of transport to work. “We must try by all means to annihilate any possibilities of security risk to our people, who are mostly women and vulnerable at most times,” he said. “We would like to thank all people who continue to support the foundation in its community-upliftment initiatives as we continue adding value to the lives of our people.”

Vhathundimapfura pleaded with people to protect the flood lights from vandalism. “When we do initiatives like this one, we always need the community to bear in mind that we are doing it for their good, thus it is upon them to ensure that the property of the community remains intact and not vandalised,” he said.