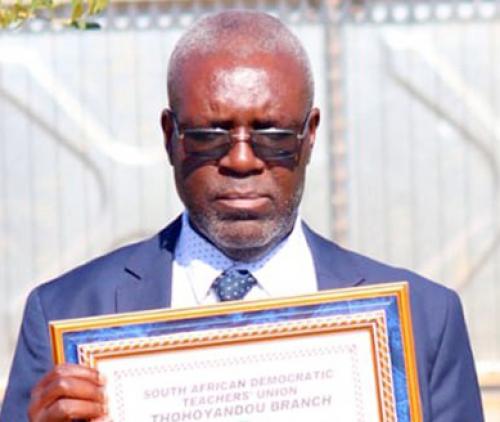 The Tshikovha royal council in Maniini-Ha-Tshikovha near Thohoyandou and the ANC in the Vhembe region are mourning the death of Mr Livhuwani Norman Tshikovha, better known as “Comrade Senzeni”.

Senzeni (61) was the first-born son of the late Chief Thivhilaeli Tshikovha. He died on Friday, 24 July, after a short illness. He was about to be installed as chief of the Maniini-Ha-Tshikovha as he was the rightful heir to the throne, said family spokesperson Mr Cedrick Tshikovha.

Tshikovha described the deceased as a freedom fighter, community builder and former educator, who contributed much to the liberation of the country and helped to develop his community.

He also liked writing as he was author of several books, newspaper articles and publications. When he was a student at Univen, he became the founding editor of the Univen student newsletter and was also appointed by the late former MEC for Public Works, George Phadagi, as political editor of the then Valley Messenger, Phadagi’s own publication. “He retired as educator from Shayandima Secondary last year and was busy writing another book, which was about to be published,” said Tshikovha.

The spokesperson for the ANC in the Vhembe region, Mr Tshifhiwa Dali, extended their heartfelt condolences to the Tshikovha Royal House, comrades, and friends for his untimely passing. According to Dali, Tshikovha was one of the founding members of the South African Youth Congress’s Maniini-branch.  He was a member of the ANC’s Luludi branch, now called the Veledzani Bulala Branch, until his death.

“He was a loyal and disciplined member who served in different positions at various branches to the end. His name was never mentioned in the same sentence as corruption, nepotism and other things that could bring this organization into disrepute,” said Dali.

Dali warned his comrades, however, that they must not attend the funeral scheduled for Friday (this week) in the sacred place (Zwiendeulu) of Maniini-Ha-Tshikovha, due to the strict regulations of Covid-19.