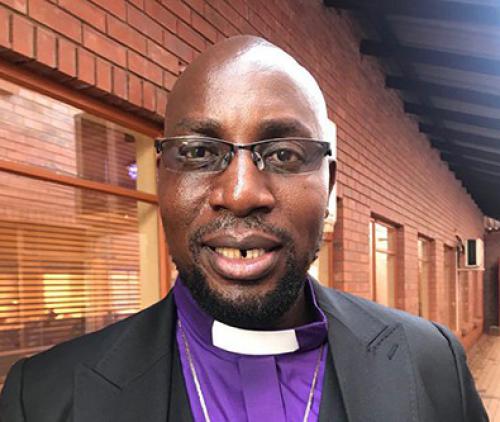 Bishop Nditsheni Edwin Khodoga of the Evangelical Lutheran Church in Southern Africa (ELCSA) in the Northern Diocese is no more.

The northern diocese of the Evangelical Lutheran Church in Southern Africa (ELCSA) and the Christian fraternity are mourning the death of their beloved spiritual father, Bishop Nditsheni Edwin Khodoga of Dzanani, who passed away on 11 April after a long illness.

Bishop Khodoga carried a huge responsibility as the ELCSA’s Northern Diocese includes Limpopo, Mpumalanga, and some parts of Gauteng.

In a death notice issued by the executive secretary of the ELCSA’s Northern Diocese, Rev E Mnisi, congregants were requested to observe a moment of silence, followed by candle lighting and a prayer in their homes during the day of the funeral.

A very senior clergyman in the Evangelical Lutheran Church in Southern Africa, Khodoga was an untouchable dribbling wizard during his soccer heydays. Kleinboy, as he was affectionately called on the soccer field, Khodoga exchanged the soccer ball for a Bible when he registered at Mpumulo Theological Seminary and graduated in theology. He was ordained on 28 May 1995 in the northern diocese.

He was the eighth bishop of the northern diocese. He served Bosmo Parish from 1995 to 2004 and Acornhoek Parish from 2005 to 2006 in the Bohlabela Circuit.

Towards the end of the same year (2018) he became ill and was in and out of hospitals regularly until his death on 11 April.