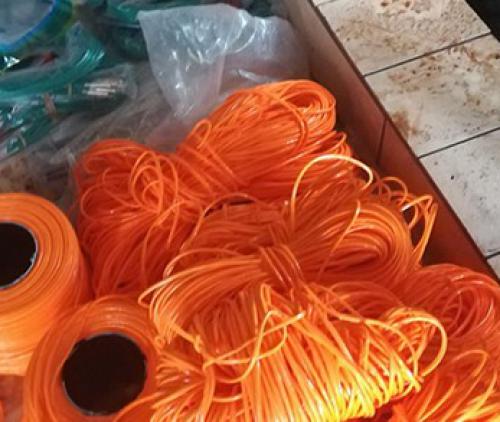 Some of the explosives seized by the police. Photo: Limpopo Hawks.

The team received a tip-off about two women from Zimbabwe who were in possession of explosives destined for Gauteng. The two people matching the description of the suspects were spotted in one of the lodges in Thohoyandou and their movements were constantly monitored.

The suspects were arrested as they were about to board a bus to Gauteng. Explosives, emulsion blasting cartridges and case fuses with an estimated street value of over R1,2 million, were seized.

The two women appear in the Thohoyandou Magistrate’s Court today on charges of the unlawful possession of explosives and the contravention of the Immigration Act. Elizabeth Musii (41) and Endlorene Mpangeri (27) were remanded in custody until 9 March until their next appearance.