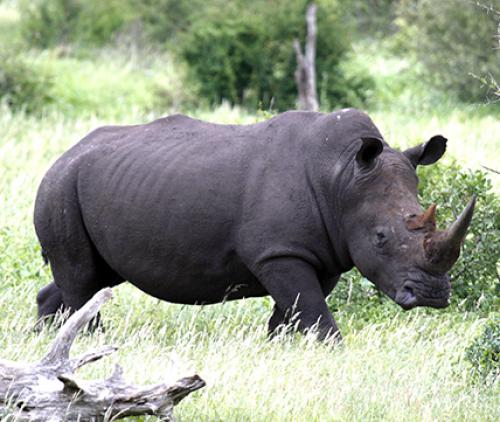 SANParks have urged the public to turn off the geo-tagging function on their cellphones when visiting the park. By not disabling this function, poachers can actually pinpoint an animal’s exact location if the photo is uploaded onto social media.

Please switch of the geo tag function in KNP

By posting that once-in-a-lifetime picture of your most favourite animal in the Kruger National Park (KNP) on social media, you could inadvertently get that animal killed by poachers.

This was the warning in several media reports the past month. Mr Ike Phaahla, spokesperson for South African National Parks (SANParks), is quoted in these articles as saying that they were considering jamming cellphone signals in the KNP to curb the problem of poaching.

But is SANParks really serious about jamming cellphone signals in the Kruger National Park? The fact is that cellphone reception in the KNP is at best limited, with some hotspots at bigger camps. The Zoutpansberger asked Mr Phaahla this question.

Phaahla responded by saying that no official statement regarding this has been made yet. “We said in our response to questions, there is concern if people post pictures with their cell phone geo tag function being active as it pinpoints the exact location and poses a security risk,” said Phaahla. “We never made an announcement except to say we will consult and plan the way forward … We are not aiming to block any signal,” added Phaahla.

While many might welcome the fact that jamming a cellphone signal might save an animal’s life, other might wonder if a link really exists between people’s posting photos of animals with their phone’s geo-tagging function on and those animals’ ending up getting killed by poachers? According to Phaahla, the answer is yes. “From interviewing suspects, we know they are active on social media,” said Phaahla.

The fact of the matter is that the problem of poaching in the KNP is bigger and much worse than people might think. “Poaching is not only limited to the iconic species; it is more wide-spread than people imagine and very complicated. We as SANParks manage a system where all species are important to keep a balance, therefore we look out for anything that people target,” said Phaahla.

In conclusion, Phaahla said that technology was supposed to help them and not work against their efforts. “We request people to switch of the geo-tagging function when in the KNP,” said Phaahla.