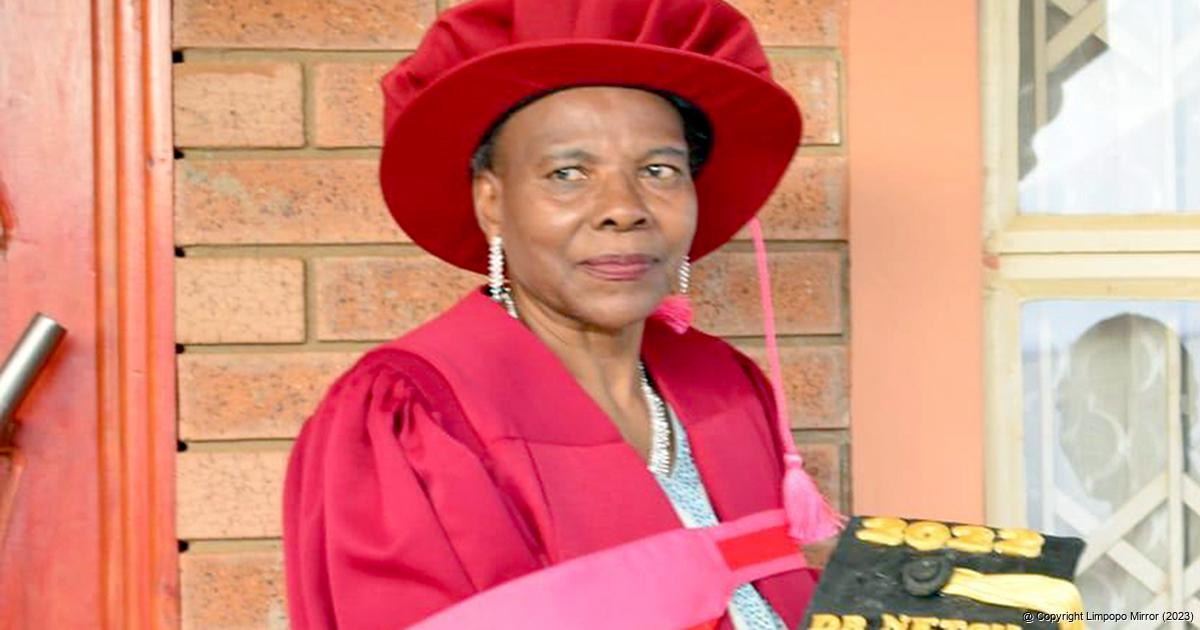 At the age of 72 former principal gets a doctor's degree

Ms Phyllis Netshivhuyu retired in 2015 after 48 years of teaching. To anyone else, this would have meant chalk down and books away for a well-deserved rest, but for Netshivhuyu, who was principal of Tshikhudini Primary School for 23 years, this meant plenty of time to further her studies, and that is exactly what she did.

The 72-year-old academic from Makwarela wasted little time in enrolling for a doctorate. She saw her tireless labour and dedication to her studies pay off at last when she obtained her doctorate degree in education from the University of Venda on Friday, 15 July.

Her research was titled “The Effects of Educators’ Rationalisation on School Governance in Public Schools of the Vhembe District, Limpopo Province”. Her study found that educators tend to lose focus and are negatively affected when they move from one school to another. It recommends that the Department of Education give full training to educators, SGBs, principals and senior officials to prepare and inform them better about these re-deployments.

As to why she had decided to continue with her studies even after retirement, Dr Netshivhuyu said that education had always been a part of her life. “After my retirement in 2015, I was left with nothing to do. I was bored, and that was when I thought of continuing with my studies. I registered for my doctorate in 2016 and completed it in 2021,” she said.

“Education has no age limit, and my advice to educators is to study further as you need more knowledge to expand on what you are teaching to learners. To learners I say, study harder. The new South Africa has a high unemployment rate, but that does not mean that we should not improve ourselves academically. With the acquired skills one stands a better chance when job opportunities arise. The situation in South Africa might one day change and when that happens, educated people will be needed,” she said.