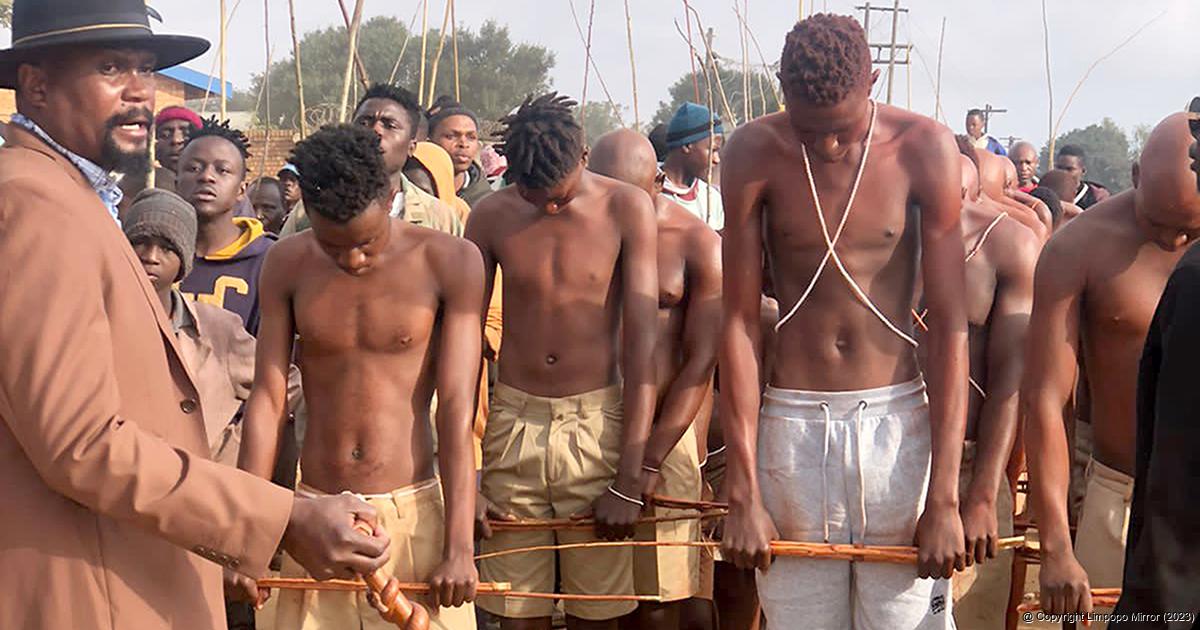 Thovhele Tshedza Netshimbupfe leads the boys from the bush during their passing-out parade. Photo supplied.

It has barely been three weeks since Thovhele Advocate Tshedza Netshimbupfe’s inauguration as one of the Vhavenda senior traditional leaders in Tshimbupfe in the Vuwani area, and already the community is experiencing some significant changes.

Despite being highly educated, the new leader has not shied away from his culture. In fact, during his inauguration, he promised his subjects that he would revive the traditions and customs that the village stopped practicing over the years. Among some of the traditions that have faded are female circumcisions, the Domba dances and the Misevhetho (one of the traditional initiations, mostly for woman).

On Saturday, 23 July, Netshimbupfe took off his legal regalia to welcome back the boys who were undergoing circumcisions in his area. Prior to that he even spent a few nights with them in the bush to give support and guidance.

All in all there were 719 boys who took part in the initiation ritual, under guidance of the circumcision surgeon, Mr Itani Nemavhulani. They all came back healthy and safe.

Asked why someone in his high position would leave his cosy bed to spend nights away in the bush and the cold, Thovhele Netshimbupfe was quick to point out that, as a leader, it is his duty to encourage his subjects to love their customs and culture, and that the best way to do it is to lead by example.

“I cannot lead from the back. I have to be at the forefront in order to convince my subjects that our culture is the way to go. I love my culture so much and I will never exchange it for anything. Parents should not shy away from our traditions. I am educated, but I still adhere to my customs. As promised, we will not only focus on male circumcision but we will revive other customs as well. In May 2022 we had circumcisions for my subjects and we are also going to do the same for the royals in December 2022. We are very happy that all 719 initiates came back safe and well, thanks to the care we give to them and the help we get from the health department. We are going back to our roots and we pass these traditions on to future generations,” he said.

The Limpopo province had altogether 75 550 initiates, of which 62 890 were men and 12 660 women. The total number of fatalities in the province was four.