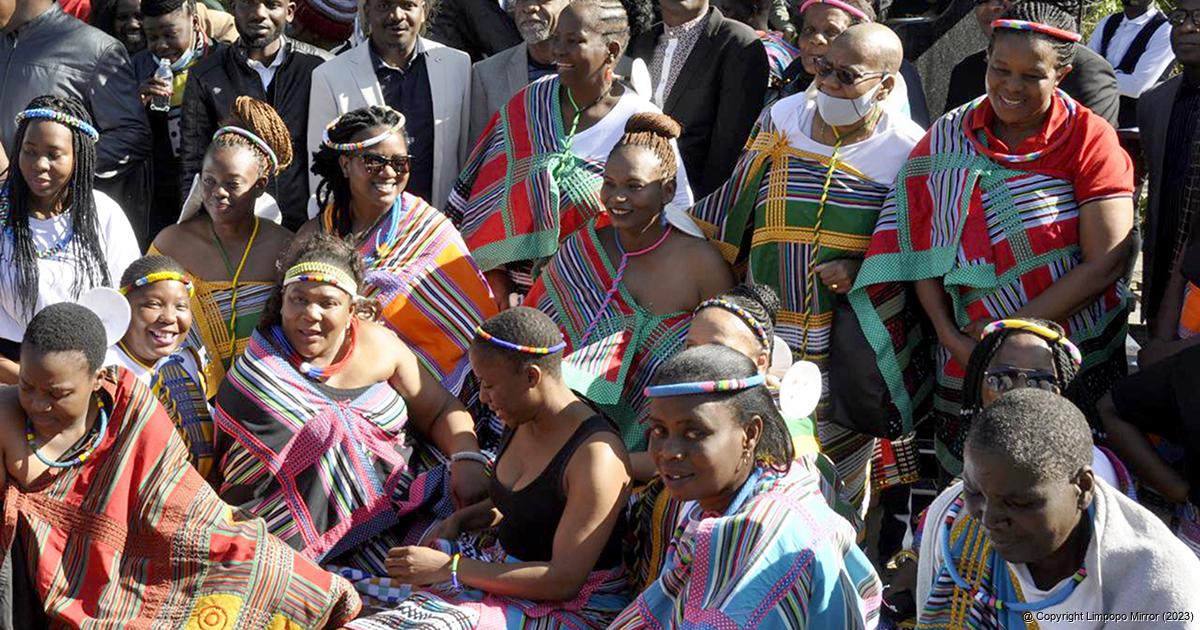 The family of the late Phanuel Dobela Rasengani at the giant tombstone that was unveiled during his funeral. Photo: Elmon Tshikhudo.

Hundreds of mourners from far and wide converged at the sacred Davhana Zwiendeulu on Sunday, 24 July, to see the late Phanuel Dobela Rasengani being laid to rest.

Rasengani was born of Mr Kingi and Ms Munzhedzi Davhana at Mpheni village in 1920, and passed away on 20 July 2022 at the age of 102. In his lifetime, he was a member of the South African Railway Police. He was also a royal member of the Davhana clan outside Vuwani.

The formal funeral programme, laid out as per royal protocol, started at his home, where a big tent was erected. His good life was relived, with all the speakers talking fondly of his love for people, his humility and his accessibility to everyone around him.

On entering the graveyard, Rasengani’s casket was placed at the gate with the women, most of whom were clad in Venda traditional attire (minwenda), and the men kneeling and praying for the late old royal. After he was buried, a giant tombstone was unveiled by the family.

Thovhele Leonard Ravele Davhana shared some of his sentiments on Rasengani’s unconditional love with the mourners. “He loved us all, and I was like his son to him. Rasengani would come with lots of clothes from Gauteng, and this would be divided among the family. He had such a forgiving heart. We had a meeting at the traditional offices before his death, and after the meeting we decided to pass by his house to check on him. Despite his old age, he recognised us all. The first thing he said to us was that he had accepted the Lord. Let us all prepare ourselves for the afterlife,” he said.