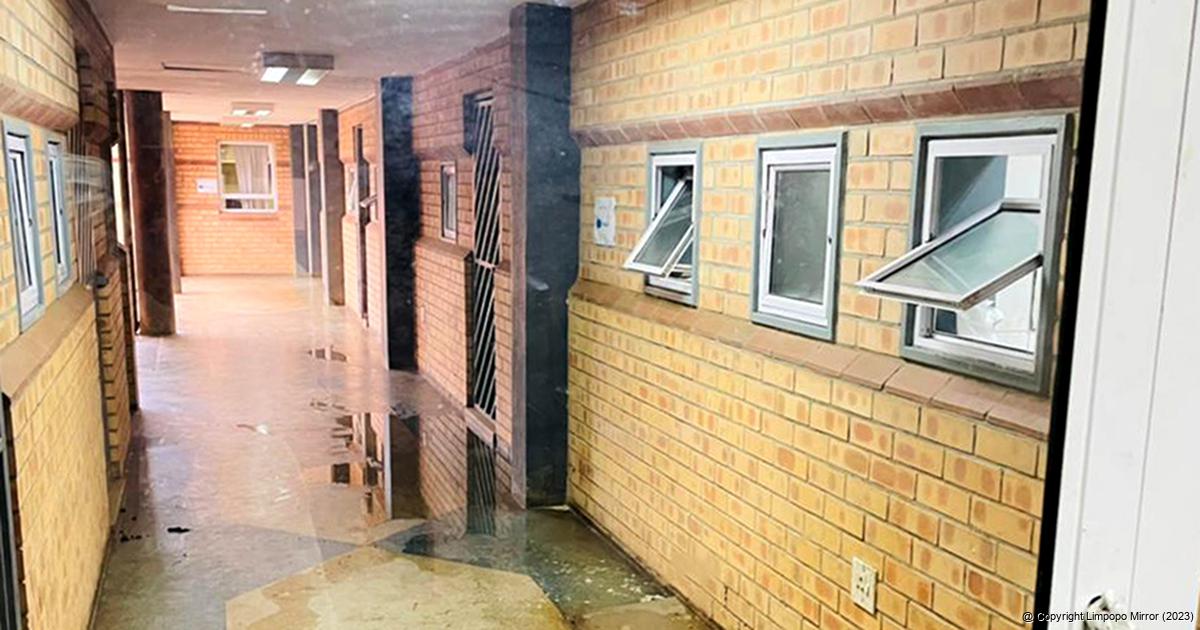 A sewage leak from a blocked pipe has flooded some of the wards at Elim Hospital. Photo supplied.

Lack of water at Elim Hospital poses danger to patients

Patients at Elim Hospital had to be transferred to Tshilidzini Hospital after a sewage leak from a blocked pipe had flooded some of their wards earlier this month.

Ms Lizza Makhubele of Waterval, who was admitted for treatment at Elim Hospital from 4 to 11 July this year, said that the hospital had not had water for that entire week. “My relatives brought containers of water to the hospital when they visited me, because there was no water to bath or brush your teeth. This is not good for the hospital,” she said.

According to Makhubele, the hospital has been experiencing problems with water for a long time now, even though it has five boreholes, and that concerns existed about diseases spreading. She said the hospital was dependent on water delivered by the Vhembe District Municipality. This supply, however, is a drop in the ocean, given the quantity of water used by the hospital’s busy units.

“I visited the hospital again for a check-up on 20 July, and saw puddles of smelly water along the corridors. Patients were complaining about a blocked sewer, which had started three days before. The hospital’s toilets were a very testing experience. They stank of urine and faeces and the nurses would not attend to them because they said they were unhygienic,” Makhubele said.

The spokesperson for the provincial MEC for Health, Thilivhali Muavha, said his department was not aware of the situation at Elim Hospital. “We had not been informed about the water problems at the hospital. We will, however, investigate,” he said.