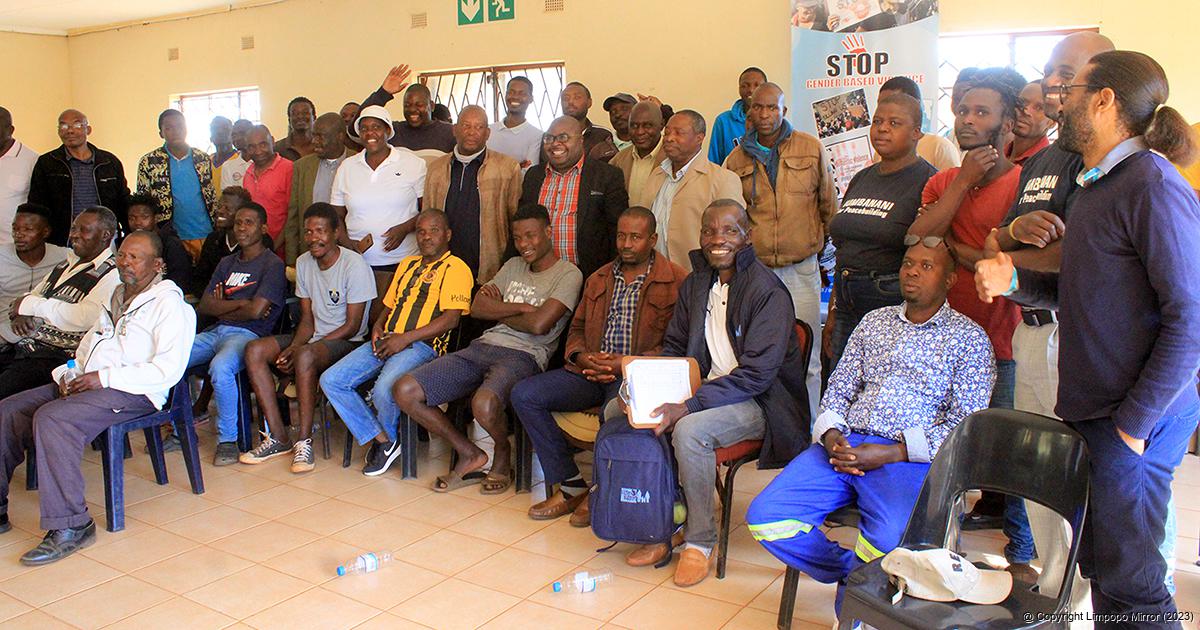 Men and boys talk about scourge of GBV

In an attempt to better understand the causes of gender-based violence (GBV), Vumbanani for Peace Building (VFP) organised a men-only dialogue event to encourage men and boys to get involved in fighting this social scourge.

The event was held at the Njhakanjhaka Tribal Hall on Friday, 8 July, and drew more than 80 men and boys from Elim and the surrounding areas.

VFP is a non-government organisation working to promote human rights and social cohesion. The motive behind this open debate was to offer both men and boys a free and friendly environment to express themselves regarding GBV.

The participants were given an opportunity to share their take on some of the causes of GBV. Unemployment, lack of self-control, and alcohol and drug abuse were some of the reasons they came up with.

Njhakanjhaka resident Mr Dennis Mahlaule believes that this open-debate event is going to yield good results, especially among boys under the age of 18. “Because we have started to educate them today, before they engage in dating and marriage, they will know how to respect women and not abuse them,” he said.

Ms Tendai Chandigere, a member of VFP, unpacked some of the event’s objectives. “We aim to identify causes or triggers of GBV, where men become either perpetrators or victims, and come up with solutions,” she said.

She said the event advocated for a violence-free community, and that the only way to achieve that was to take men into consideration too and understand their struggles, fears and weaknesses. That is why they created this platform to speak, help and heal without violating others’ rights.

“Men have been stereotyped as the perpetrators for a long time, but we have many male victims as well today. It is only fair to help and allow them to play a role in curbing violence in the community,” she said.