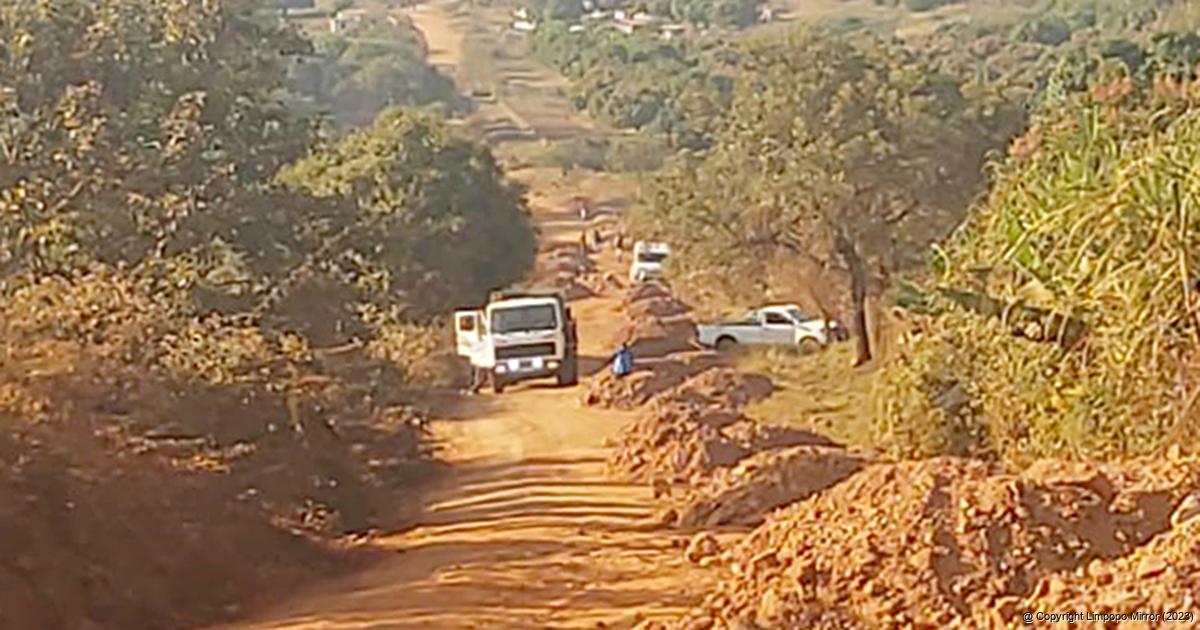 Loads of gravel that covers half of the road was left behind by the Thulamela Municipality, who abandoned the project two months ago. Motorists are now left with only a single lane to drive on. Photo supplied.

Communities not impressed after road project gets abandoned

After numerous unsuccessful attempts to get the Thulamela Municipality to fix their badly damaged road, residents of Mpandoni, Duvhuledza and Mubvumoni took it upon themselves to mend the road.

The three-kilometre stretch of gravel road between Habegwa and Mubvumoni is in a bad state, with dangerous potholes. The road is especially difficult to use during the rainy season. Having waited patiently for the powers-that-be to assist, these villages could not take it anymore and came up with a plan to address their challenge. Each household contributed R100, and the road project was started in January 2022. The villagers made significant strides and the fact that they would complete their project soon held great promise.

This project, however, attracted the eyes of certain municipal officials, who visited the project, told the residents to stop, and promised that the municipality would complete the project for them (as it should be). To show their commitment, the municipality arrived with machinery and loads of gravel shortly afterwards, which was dumped right along one side of the stretch of road, to be worked over the road surface.

Residents excitedly anticipated this generous attempt by the municipality to help them better their circumstances, but, two months later, all that gravel is still lying exactly where it was dumped, with no municipal worker in sight. Whereas the residents were proudly nearing completion of their project before this intervention, they are now once again left with only a single lane to drive on, as the other half of the road remains covered with gravel.

Upon enquiring about the progress that had been stalled, they were given more false promises by the municipality. The communities are livid.

Mr Mashudu Ralukukwe, one of the residents, said the communities were all fed-up with waiting for the municipality to improve anything. “We worked our road piece by piece and were hopeful that we would finish our project very soon. That was when the municipality came with their machinery and gravel soil and false hope. Two months later, we are still waiting for them to come back. We are very disappointed. We were doing our own thing after they disappointed us for many years, and they showed up just to disturb us.”

The communities feel that the municipality has done nothing but disrupt their lives with their interference in their project. “This is becoming a very serious problem now. We are worse off than before we started working on the road. We do not know if they are waiting for an accident to happen and people to die. This is too much. We don’t know what to do or where to go for help anymore,” Ralukukwe said.