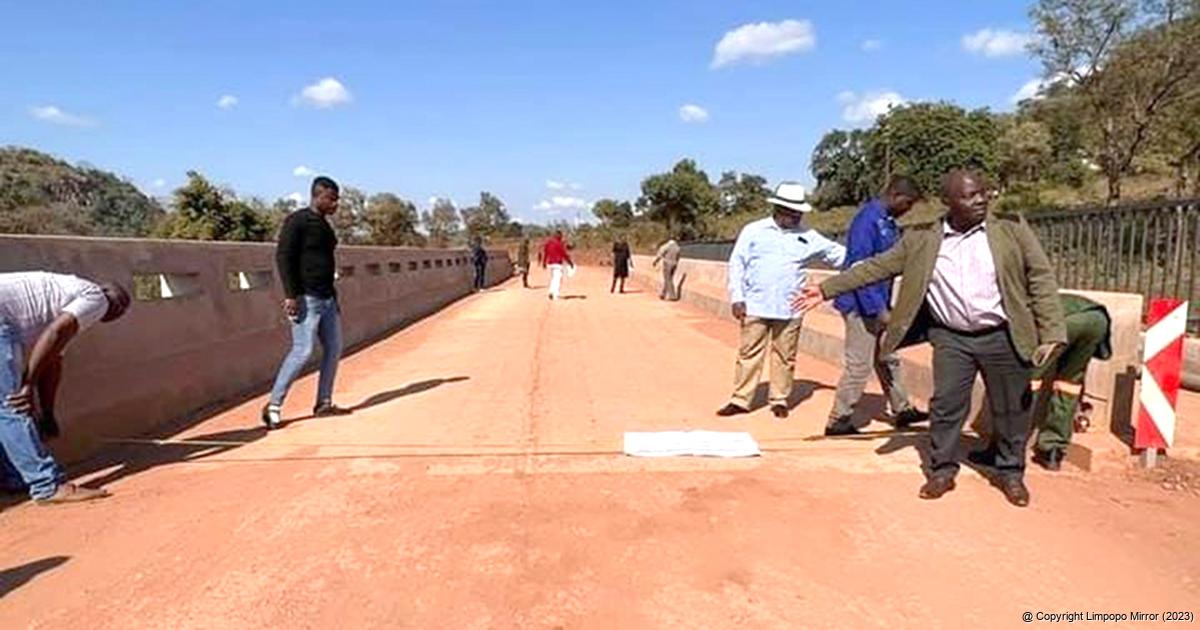 Three years into construction and the residents at Ha-Lambani are still waiting for their bridge to be completed. The R27-million project was launched in 2019 by former Thulamela Mayor Avhashoni Tshifhango, after which construction started. The bridge was supposed to be completed by April 2020.

When the residents first reported the then still incomplete bridge in June 2021, the municipality blamed the slow progress of the construction on Covid-19 and the lockdown, but this excuse, they say, has long since expired as many projects such as these had resumed and had since been completed.

Mr Takalani Musetsho of Lambani’s local civic organisation said that community members were very unhappy about this bridge. According to residents, the bridge is not level, has cracks that need to be fixed, and is not even wide enough for two-way driving of vehicles. “The bridge pillars are also not strong enough; we fear it will collapse on us,” Musetsho added.

On Monday, 18 July, Limpopo Mirror’s correspondent spoke to one of the former workers at the bridge, who confirmed that the bridge was still under construction. “On Friday (15 July) I saw them inserting rails. That bridge is far from being complete. At least one of the senior municipal officials told us that they won’t open it until it is fixed, because it is not safe,” she said. According to her, they were not paid on time and that is why she had quit.

On 7 July, Thulamela Local Municipality posted on their Facebook page, confirming that the bridge is not 100% complete yet. The post reads: The Chairperson of MPAC, Cllr Malindi OT [Obrin Thivhilaheli], led his team on #ProjectVisit at Ha Lambani to check the completed bridge despite some snag-list which are being attended to.

To date, this “snag-list” seemingly still has not been attended to. Some of the unsatisfied residents from Lambani village and the surrounding areas commented on the Facebook post.

According to Rudzani Munyai, the top slab is not straight, and the bridge has cracks. “This was just a waste of taxpayers’ money.”

Thendo Mafhala said: “You call that rubbish a bridge. It is a disgrace to your government.”

Musetsho had very little hope that something will be done about the bridge. “We will just have to accept it the way it is,” he said.