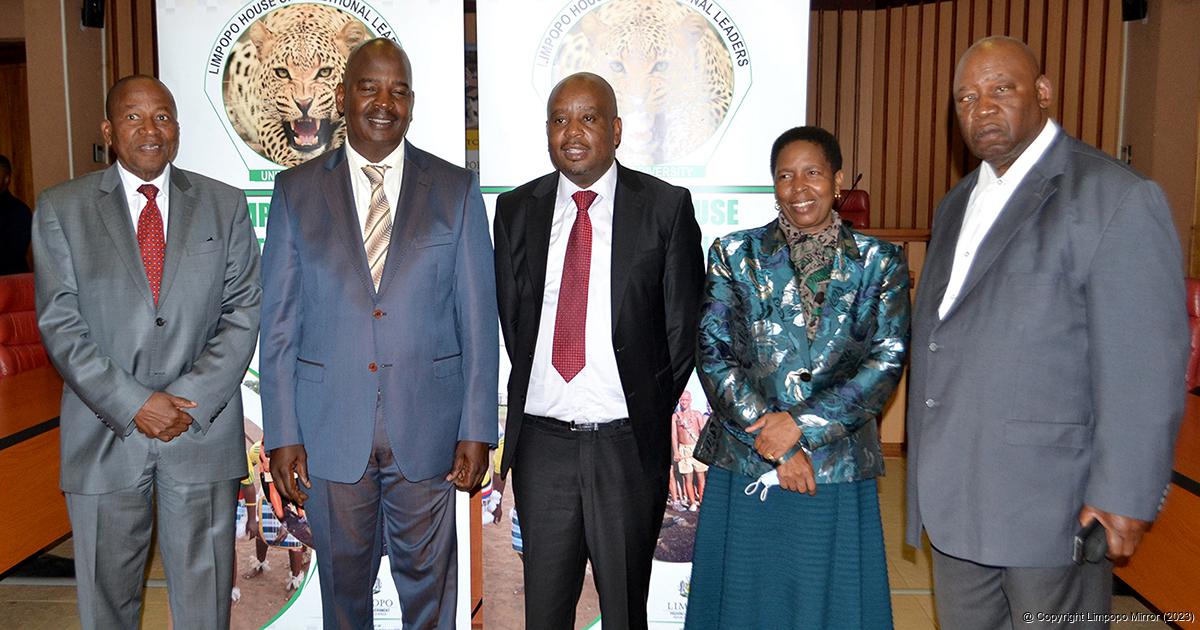 The sitting, held on Monday, 11 July, at the Thulamela Local Municipality’s chamber, was presided over by the MEC for Co-Operative Governance, Human Settlements & Traditional Affairs, Mr Basikopo Makamu.

Ngove succeeded Kgosi Malesela Solomon Dikgale, who led the house for two terms. MEC Makamu congratulated the newly elected leadership and assured them that, together, they would grow the Limpopo Province into a giant. “We have previously worked excellently with your predecessors, and in that tradition, we shall continue to make the most of all our individual responsibilities. The house affirms our dignity as a government rooted in traditional practice, pride and governance,” said MEC Makamu.

According to Makamu, the Limpopo House of Traditional Leaders’ main function is to advise the government and legislature on matters related to custom, tradition, and culture, including development initiatives that have an impact on rural communities.

Ngove was elected as chairperson during a secret ballot election, coordinated by the Independent Electoral Commission (IEC). Kgosi Boleu Rammpudu was elected as the new deputy chairperson, while Kgosikgadi Masemola and Hosi Erick Chauke were elected as members of the executive committee.

Ngove said he was ready to lead the provincial house and assured everyone that the key mandate was to see that communities were developed, and making sure that the situation around unemployment under the youth and women improved. He said it was not about position, but about working for the people - especially marginalised rural communities.