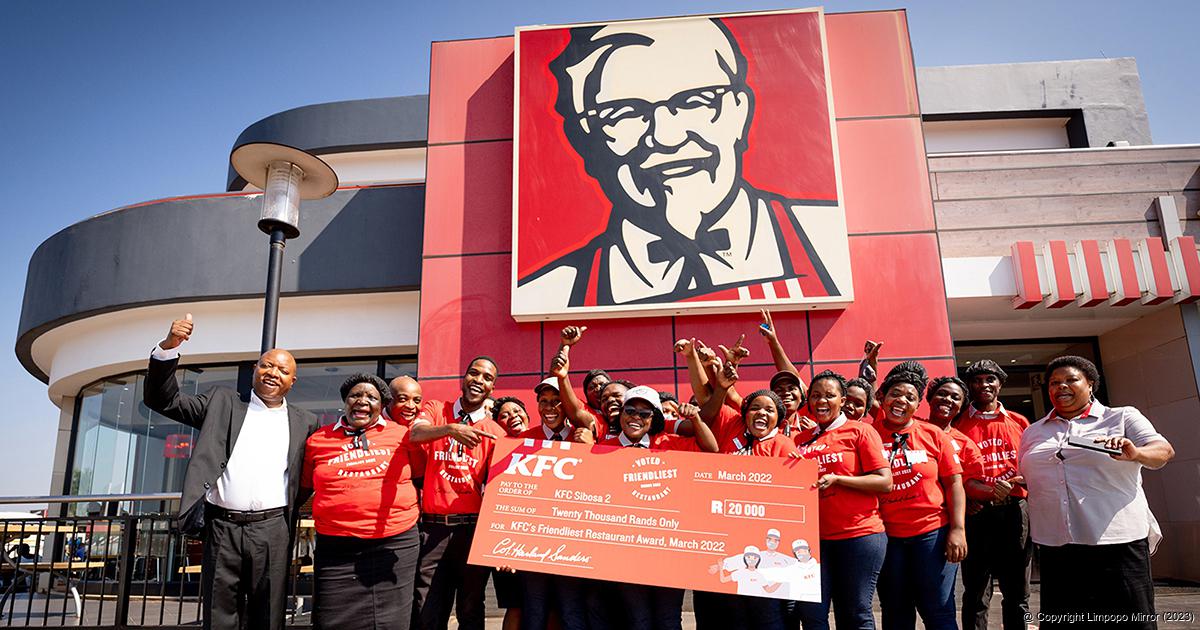 Staff from the KFC in Sibasa proudly display their winning cheque. Photo provided.

The KFC fast-food restaurant in Sibasa is seemingly not only one of the friendliest franchise stores in the region, but also in the country. The team from Thohoyandou has won the internal Colonel Hospitality Award for June.

Following the national training programme to help motivate and encourage teams, KFC launched its hospitality award that aims to reward outstanding KFC teams. “The awards will run until the end of the year, and each month the restaurant voted as the friendliest by KFC fans will win the monthly reward of R20 000 - to be shared equally among the KFC team members from the winning restaurant,” says KFC in a press release. At the end of the year, all votes will be tallied up and the KFC that receives the most votes overall will be awarded ‘The Colonel’s Hospitality Award 2022’ and will receive R500 000.

Love Raluswinga, the coach for the Sibasa 2 restaurant, says the awards have had a positive impact on his team. “The Colonel’s Hospitality Awards have given our team members extra motivation, inspiring them to put their theory into practice every day. While we have always had a very friendly and strong service team, I can see our team members are working harder than ever to serve our guests like family,” said Raluswinga.

KFC relies on its customers to provide feedback on the service they experience. Customers can cast a vote on the dedicated WhatsApp voting line (071 738 5871). To thank guests for voting, every month KFC will be giving away FREE KFC for a year to one lucky guest who has voted that month.