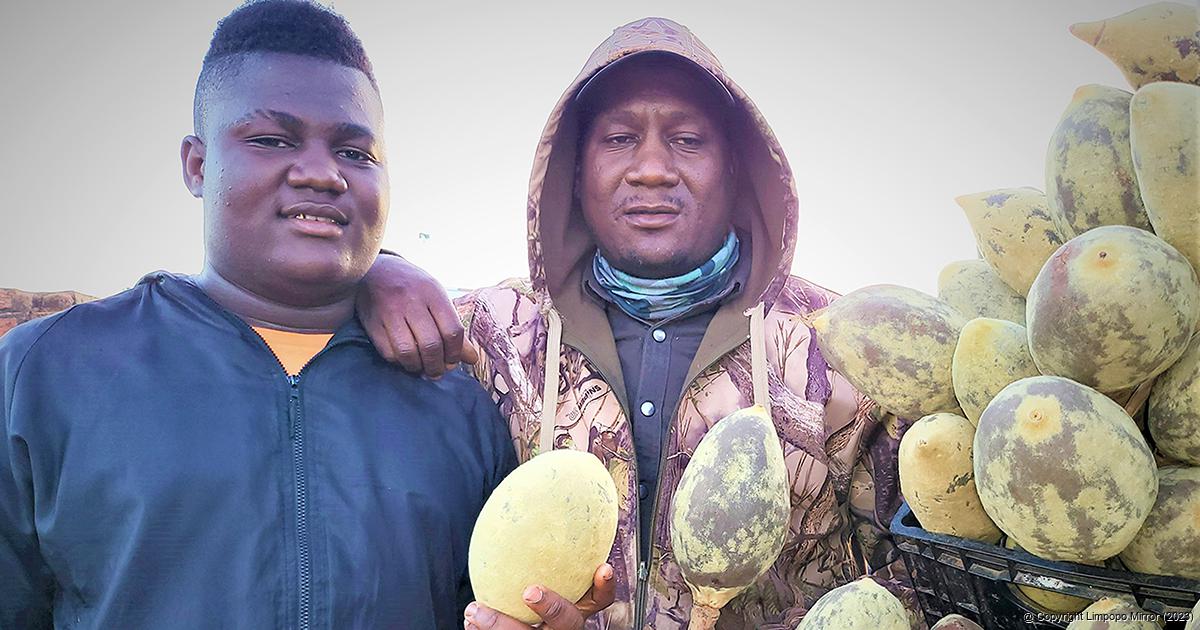 Mike Hlongwane (right) and his son, Mboniseni, make a living by selling baobab fruit at the Musina taxi rank.

Mike's baobab fruit is much more than just a business

For Mike Hlongwane of Musina, the most important thing about his small business is not so much to make money but to contribute to the well-being of the people.

Hlongwane has been selling baobab fruit from the Musina taxi rank for the past 20 years. He says that, although some people look down on him, he is proud of what he does as this indigenous fruit, which he calls “the fruit of life”, has helped many people to regain their health.

After two decades of trading in baobab fruit, nobody can teach much him about the health benefits the fruit holds. “Bedsides balancing blood and sugar levels, the baobab fruit is also celebrated for its fertility properties. I prepare a special baobab concoction for men called dondolo la mbuyu to stimulate their sex drive. I mix the baobab juice with special herbs and this concoction has helped to save many collapsing relationships and marriages,” he said.

“Eleven different types of baobab fruits exist and are classified according to their outer shells and taste. Some are very sweet, while other are not as sweet. The colour of the seeds inside the shells also differs. Some are pure white, while others are a creamy white or light brown in colour.”

Hlongwane’s son, Mboniseni, works with him at his stall. Although collecting the baobab fruit takes time, Hlongwane makes sure that he always has enough fruit on hand. “I used to collect the fruit myself, but it became a problem when people would visit my stall and I was not there, so I organised with some people who work on farms and from the Niani area to collect for me in exchange for a little cash. Now I am always available to my customers,” he said.

The price of the fruit depends on size, with the smallest fruit sold at R2 and the biggest at R10. Hlongwane also sells in bulk to local people who make baobab juice and ice cream.

Business for Hlongwane is good as he sells the fruit all year round. “I collect as many fruit as possible and store them at home. The baobab fruit can be kept for up to three years, as long as the place is free from moisture and ants. Because of the huge demand for indigenous food, I have added mopane worms and other dried indigenous vegetables, which I now also sell at my stall.”

He says that people should not feel ashamed to start their own small businesses. “To some, my business might not look like a serious initiative, but it puts food on the table for my family to eat. We must declare war against poverty by creating our own jobs. Every cent counts in these tough economic times,” he said.