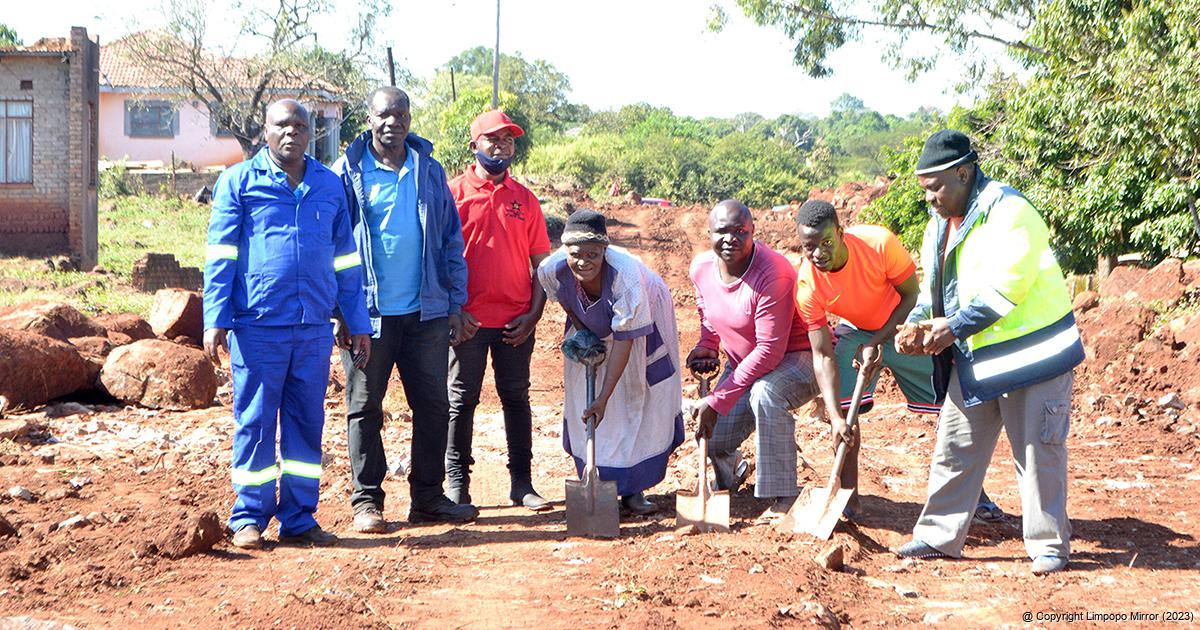 Residents at Mukula-Mukondeni village decided to practice Vukuzenzele (doing things for themselves) by chipping in to start upgrading and gravelling their roads. Photo: Silas Nduvheni.

Residents from Ward 13 in Mukula village outside Thohoyandou have decided to start fixing their own streets as it became apparent that, after years of pleading, the Thulamela Local Municipality (TLM) was not going to deliver on their promises.

One of the community leaders in Mukula-Mukondeni village, Mr Ratshisevhe Rakhunwana, said the community had approached the local municipality for many years to have their streets gravelled and upgraded, but to no avail. “In 2021, we sent various letters to the local Thulamela Municipality for our roads to be re-gravelled. We told them that it will need an excavator, as there were big rocks which would not be easy to remove, but nothing came of it. So, we decided to start doing things for ourselves through what we call Vukuzenzele, which means to ‘get up and do it yourself’, and we started collecting funds.”

According to Rakhunwana, the upgrading of Tshinaubve Street will help link Mukula-Mukondeni village and the new extension at Tshidimbini village. Besides that, he said, their vehicles would last longer as the bad road had caused a lot of damage to them.

“We agreed that there would be no specific amount when we collect money between ourselves. Each one gives what he or she can afford. We hired an excavator to remove all the big rocks from our street. Community members who are not busy during the day came to help level it with spades and shovels, and we are happy that finally something gets done,” said Rakhunwana.

The response of the mayor of TLM, Sarah Rammbuda, to these developments was that she appreciated what the community members in Mukula-Mukondeni village had done. She said that, instead of waiting for the government to do things for them, they had come up with alternative ways to resolve their problems.

“Thulamela Municipality has 41 wards that all need attention with building roads, supplying electricity and water, and we cannot do it all at a given time. We recommend that communities practice Vukuzenzele, as we have backlogs in terms of delivering services. It is the community members who chip in to start improving roads in their villages themselves that make the difference,” said Rammbuda.