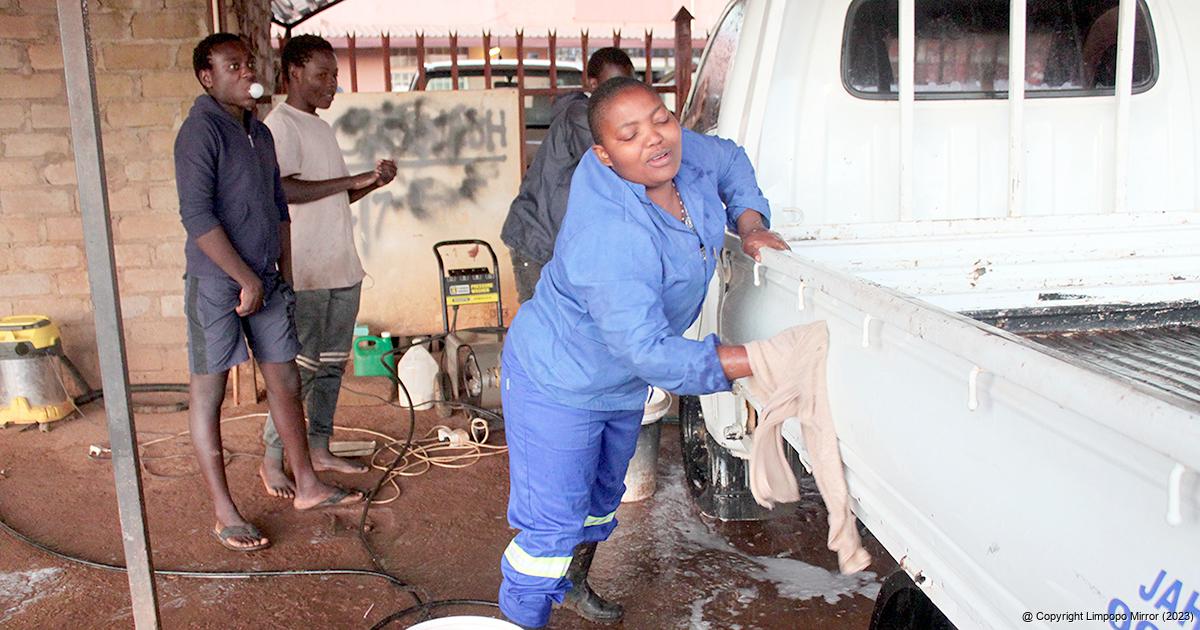 'Our youth are not serious and some are lazy,' says entrepreneur

In an effort to fight unemployment in the country, a young and well-educated lady from Khubvi village started a car-wash business.

Orifha Precious Singo, who works for a well-known national company, says because of the Coronavirus pandemic, she was afforded the opportunity to work from home.

“Within a short space of time working at home, I realised that most of our youth are unemployed and spend their time abusing alcohol and other substances. I decided to start a business that will keep some of them busy and also contribute to boosting the economy,” she said.

Even though she comes from a business family, she said she had to raise her own finances to start the business in May this year. When asked about the challenges she faced in running such a business, she said the main challenge was that even though they were suffering, some young people were not serious about work.

“When they get paid, they don't come to work the following day. It is not easy to train them to do the job properly. After investing time, money and resources in them, they just disappear without a trace,” she said.

She added that she also wanted to help them in applying for jobs to help those with the necessary qualifications, and to apply for bursaries for those who would like to further their education.

“To be honest, I only get the lazy ones. I invested a lot of money in equipment and a borehole for water, but our youths are not serious. I now have to work from morning until late in the evening. I started this car wash to help them to have the means to put something on the table,” she added

She is now calling on youths from Khubvi, Makonde and the other surrounding areas who are serious about work to contact her at Mulelu Car Wash, which is situated next the crossroad to Damani.