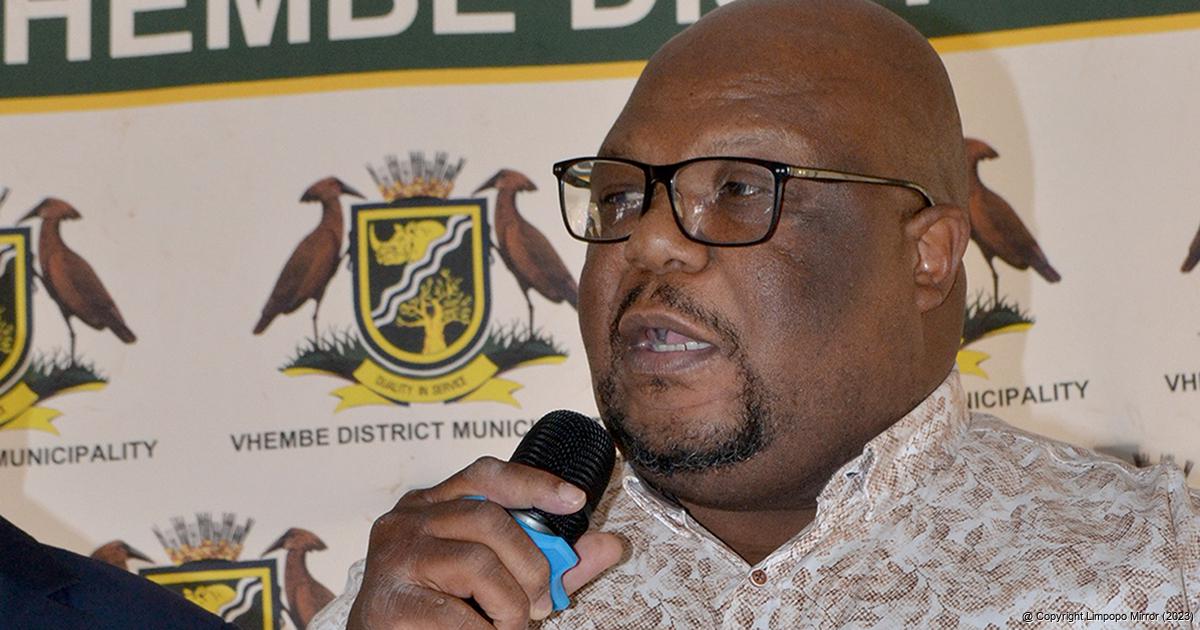 Thovhele Nthumeni Masia told the gathering that he was tired of hearing about unresolved water issues around Vhembe’s communities. Photo: Silas Nduvheni.

Dams are full, so why is the VDM not delivering water?

A senior traditional leader, Thovhele Vho-Nthumeni Masia, warned the Vhembe District Municipality (VDM) that, as custodians of the communities, they were tired of hearing stories about water shortages around the district. He made an appeal to the municipality to work with traditional leaders to resolve water-related issues.

Masia addressed the gathering at the Vhembe imbizo, which was held at the Masia-Tshipuseni Sports Grounds on Tuesday, 14 June. Community leaders addressed issues around water shortages, poor roads, and the high unemployment rate, especially among young people.

“Dams are full to capacity. Communities around Vhembe should not be complaining about water shortages, which is such a precious resource to all. We should be gathering to discuss how we can solve this problem and, in the process, create job opportunities for the youth, because the more they don’t work, the higher crime gets,” he said.

Masia said he wished that the cry for water would now become a thing of the past and for them to start working with the municipalities on projects to better the lives of the communities.

He also expressed his concern about the high crime rate in the communities under his jurisdiction and urged the municipality to get involved and erect community halls, sports grounds and other recreational facilities or projects to keep the young people busy.

One of the community leaders, Norman Shilowa, told the gathering that about five boreholes existed in Ha-Masia’s villages - at Ha-Vhangani, De Hoop and Madzhiga - that were not working, and, as a result, the communities were forced to share water with the animals.

“Water shortages remain a serious problem that affects communities around Ha-Masia. They rely on a small dam that was built by the former Venda homeland and initially meant for only a few villages. Over the years, there had been many extensions to the villages, which now need much larger volumes of water. We are also worried that the Collins Chabane Municipality only gravel and maintain the roads when there is a funeral or government events, such as this imbizo,” Shilowa said.

Sydney Thovhakale, who represented the mayor of Collins Chabane, Moses Maluleke, said that a new 2.5km ring road, leading to Thovhele Masia’s palace, would be erected this financial year. Thovhakale urged communities to attend imbizos and public-participation programmes, such as the integrated development plan, to keep them up to date on the prioritised projects.