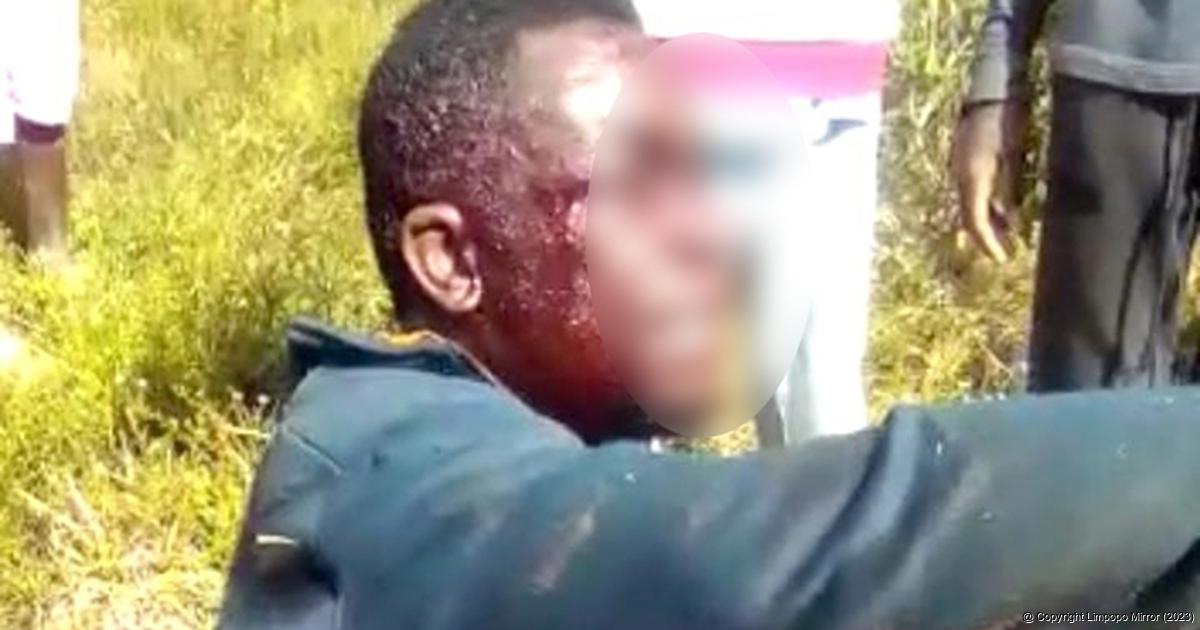 The foreign national who was beaten up by the Dopeni community for allegedly trying to rape a local woman. Photo from social media and blurred to protect his identity.

Dopeni mob set on taking matters into own hands

Another man had to be rescued from the hands of an angry mob at Dopeni village on Saturday (11th).

This follows the death of Baldwin Mavhungu, the man who was attacked by community members at the same village barely a week ago (5 June). Mavhungu was apparently mistaken for a thief and beaten up so badly that he died from his injuries. A case of murder was opened, but no-one has been arrested so far.

Now community members, who seem to be set on taking anyone out who just looks suspicious, have done it again. This time their target involved a foreign national who was caught while allegedly trying to rape a woman.

A source within the community (who cannot be named for his protection), claimed that he saw the man hiding in the bushes with his private parts hanging out while he was watching a woman do her laundry in the Nzhelele River. “I immediately notified the community, and that’s when they came and attacked him,” he said.

According to Mr Phathutshedzo Ramabulana, who went to the scene to call for calm, the man was taken to Siloam Hospital. “This time around we were lucky. He didn’t sustain serious injuries; we got there on time. Otherwise we would have been telling another sad story like last week.”

Ramabulana again pointed out the community’s anger towards the persistent crime. “Our people have lost their faith in the police, and it is sad, because they are now taking the law into their own hands.”

Khosi Lihalimane Ralinala of Dopeni village said he was very disappointed with his people’s actions. “We know crime is high in our area, but beating and killing people is not a solution. We must allow the police to do their job,” he said.

The police in Siloam confirmed the attack on the man by the community, although neither a case of attempted rape nor assault had been opened by the woman the man allegedly tried to rape.