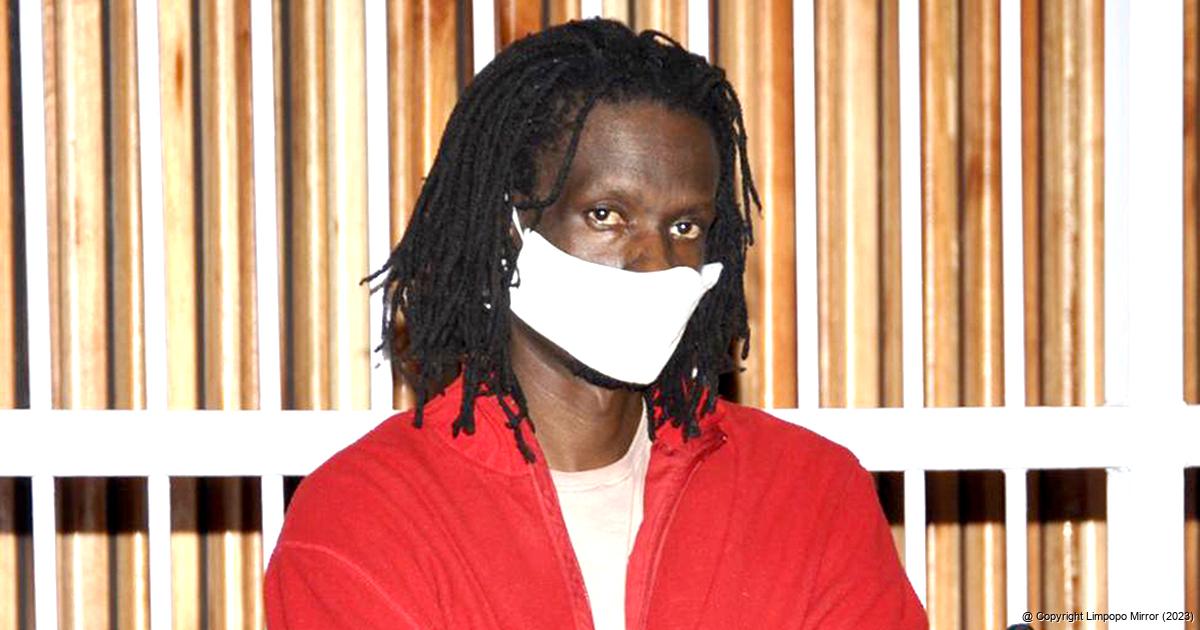 One of the suspects in the Phiphidi Easter Murder case, Avhakholwi Madzinge, during his appearance at the Thohoyandou Magistrate's Court on Tuesday, 31 May. Another murder charge was added to his initial charges. Photo: Elmon Tshikhudo.

Court D at the Thohoyandou Magistrate’s Court was filled to capacity on Tuesday, 31 May, during the appearance of Avhakholwi Nadzinge (33), who stands accused of murder, attempted murder and assault in the “Phiphidi Easter Murder” case. Madzinge was to formally apply for bail.

Madzinge was arrested after the attack on the Magogona family from Phiphidi on the eve of the Easter weekend this year, when he and unknown accomplices allegedly broke into the family’s home in the middle of the night and violently attacked them.

Ms Norah Magogona (53) was hacked to death with a hoe that was found outside the kitchen. Her husband, Mr Phanuel Magogona (56), was seriously wounded and hospitalised before he succumbed to his injuries two weeks later at a hospital in Polokwane on 5 May. He was buried on 14 May.

Robbery is suspected to have been the motive. The late Phanuel Magogona is believed to have confided in someone close to him that he would be receiving his annual bonus on that day.

The prosecutor in the case asked for a postponement to consult with new witnesses and the investigating officer, and to familiarise himself with the new charges laid against the suspect, as another charge of murder was added in Madzinge’s case when Phanuel Magogona died.

The deaths of the couple sparked an outcry as angry community members now blame the police for “not doing their work”. According to Phanuel’s sister, Ms Ivy Marandela, her brother told them before his demise that he had injured one of the suspects during the attack. Phanuel even identified the suspect by name. The family relayed all this information to the police, believing that this might be useful with the investigations and help track down the other suspect, but the police apparently did nothing about the matter.

The family, supported by the community, now want the identified suspect behind bars. On Sunday, 29 May, the community met to discuss crime-related issues, including the attack on the Magogona family. When this meeting was over, angry residents took to the streets, barricaded the road with fallen trees, burned tyres and other debris and demanded the arrest of the suspect. They even threatened to burn down the suspect’s home.