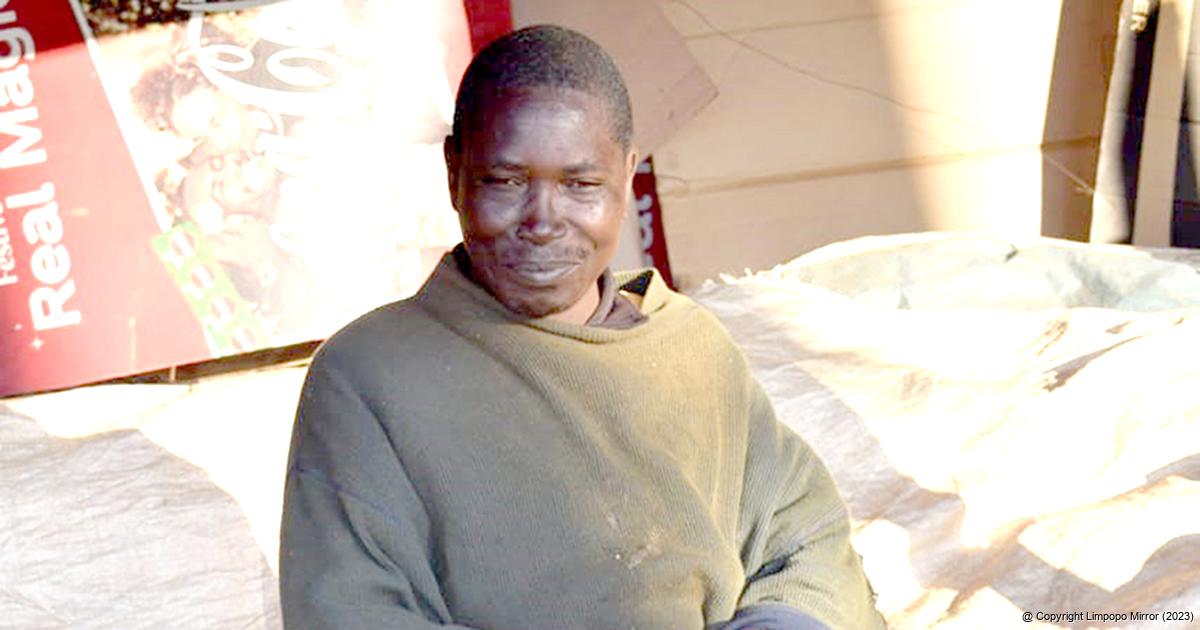 Themba Shinyoka, the homeless Zimbabwean man over whom such a fuss was made when the Thame family from Ha-Magau thought him to be their late brother, John. The family has finally given up the fight and Themba returned to the streets. Photo: Kaizer Nengovhela.

The homeless man who was taken in by the Thame family of Magau village earlier this year in the belief that he might be their brother, John Tshamano Thame, who had died 33 years ago, has since returned to the streets, where he now continues with his own carefree life.

Themba Shinyoka, as the homeless man is known, who apparently looks just like John Thame, was first spotted at a dumpster at a petrol station at Bandelierkop a few months ago. After closer inspection, the family decided to take him home with them as they were convinced that he was John.

The family claimed that none of them had actually looked at John’s body when he had died in 1989 to verify his identity. Seeing the homeless man, who they said bore the same marks on his body as John, they started to wonder if they might have buried the wrong man all those years ago.

A few weeks after the family had taken Themba in, he apparently started acting aggressively and demanded to be taken back to where they had found him (presumably the petrol station at Bandelierkop).

In March, the family had DNA tests conducted to determine Themba’s true identity, but the results, which they received a month later in April, showed that he was not related to them. Some of the family members, however, insisted that the DNA tests be re-conducted, while others wanted to let things be, which ultimately caused a division within the family.

After housing him for almost three months as a member of their family, the Thames seemingly washed their hands of him and allowed him to return to the petrol station at Eltivillas, which appears to be a place he is quite accustomed to.

The whole story has caused a lot of controversy within the local communities, with a few who still believe that he could be John Thame, and others saying that he is not.

Some residents claim to have seen him drinking beer at a local tavern recently. One of the hawkers from Ha-Magau said she met him on the street recently and he greeted her. She said she had known Themba for a long time, and that he had been living at the garage for years. Themba is apparently Zimbabwean and speaks Shona.

Another hawker at the garage at Eltivillas confirmed this. She said that she had been providing Themba with food and clothes for years. The hawker said that the Tshikota community often came to the garage and assaulted the Zimbabweans who slept next to garage, accusing them of the crimes in the area. That was when Themba apparently fled to the petrol station at Bandelierkop, where the Thames found him. The hawker said that, when the family took him to Eltivillas last month, they provided him with food and clothes.

Limpopo Mirror tried to call the family for comment, but their phone was left unanswered.