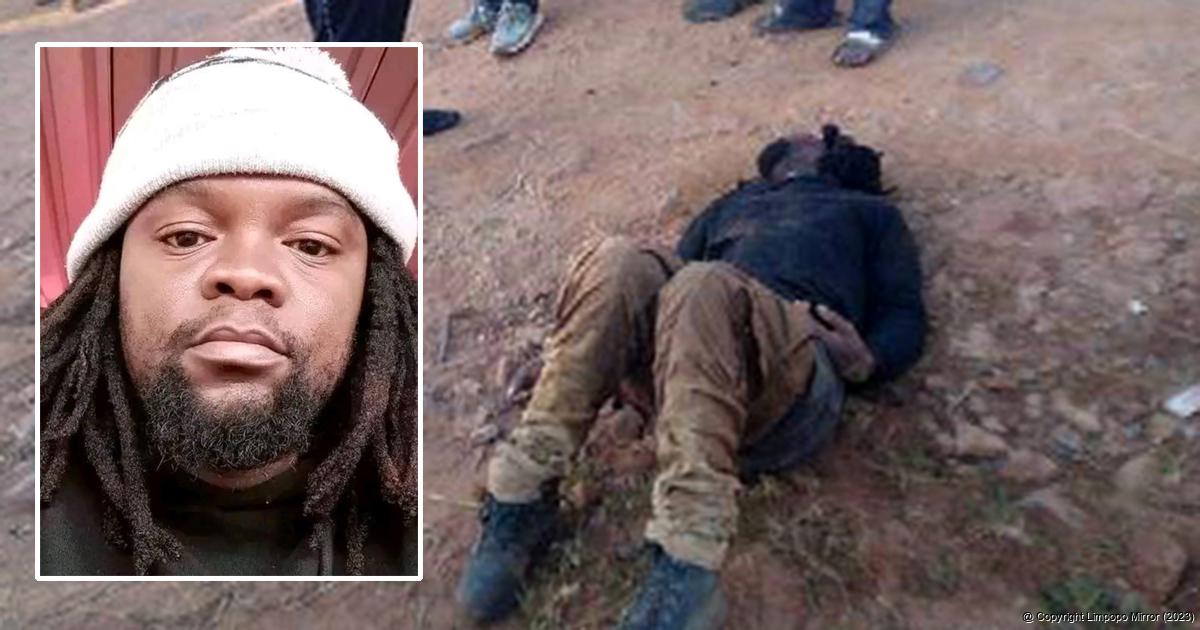 Baldwin Mavhangu was severely assaulted by an angry mob at Dopeni village after he was mistaken for a cable thief. He was rescued by members of the South African Youth Against Crime movement but later succumbed to his injuries at the Siloam Hospital. Inset: The deceased, Baldwin Mavhangu. Photo supplied.

The family members of a 34-year-old man, who was severely assaulted by an angry mob at Dopeni in Nzhelele, say they want justice to be served against the attackers. The man was apparently mistaken for a cable thief and attacked by the mob.

On Sunday morning (5 June) before dawn, Dopeni residents allegedly noticed an unknown man walking in the streets. Because of the high incidence of electricity cable theft in the area, people assumed that the man was there to steal cables. A group of residents allegedly cornered the man and started to assault him brutally, until members of the South African Youth Against Crime (SAYAC) movement arrived to rescue him.

According to the police spokesperson in Vhembe, Sgt Vuledzani Dathi, they received a complaint about community members busy assaulting a man they accused of stealing in their area. “When the police arrived at the scene, more than 500 community members were surrounding an unknown man who was lying on the ground. He was bleeding through his nose and mouth, had bruises to his head and face, and he was unable to speak. One of the residents came forward and identified him as Baldwin Mavhunga from Tshirenzheni village,” Dathi said.

“No arrests have been made so far, but the police are busy investigating the incident,” Dathi said.

The brother of the deceased, Mr Ndivhuwo Mutheiwana, said that Mavhungu had left his home at Tshirenzheni on the Saturday afternoon at around 17:00 to visit his girlfriend at Dopeni village, and he never returned. “We are very hurt. We want the people who did this to be arrested and put behind bars. Baldwin was a very friendly and humble guy. He was a mechanic and worked very hard for his money.”

Mutheiwana said he used to work with his brother at his workshop in Tshirenzheni. “He loved his job; he was a good mechanic.”

Mr Richard Ramabulana of SAYAC said that, because of the escalating crime, communities were trying everything to prevent it. “The communities are tired of crime, yet we don’t condone those taking matters into their own hands. The police are there to deal with such matters. All we can do is to assist in catching these criminals and wait for the police to come and make the arrests.”