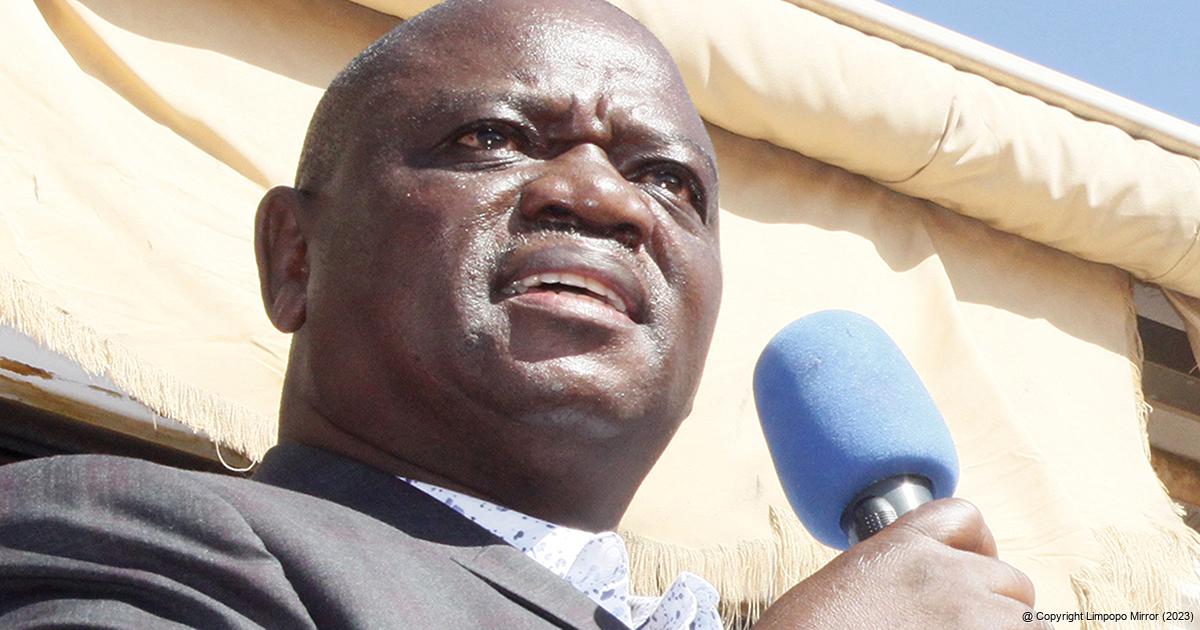 'Let's hope you are not leading our people to nowhere'

Senior traditional leaders did not mince their words when criticising local government structures during the Vhembe District Municipality (VDM)’s imbizo held at Khubvi on Wednesday, 1 June. The message was also very clear: Don’t think you can use us only to collect votes and not deliver services!

The traditional leader for Shanzha, Vhamusanda Vho-Thinandavha Neckson Shavhani, represented the Tshivhase royal house during the imbizo. He fired off the first salvo by telling the municipality that they could not even organise such a simple event as an imbizo properly. “You can’t even organise a roof here. We are sitting in the sun. This is terrible,” he said.

Looking directly at the acting mayor of the VDM, Mr Avhashoni Tshifhango, Shavhani said, “You must do better than this. People need service delivery, not empty promises.”

Shavhani added that if ever a time existed for the ANC to work with traditional leaders, it was now. “Some people think traditional leaders are not adding value to the ANC in winning elections, and that is a lie. We work very hard behind the scenes. There are two wards without traditional leaders in Lephalale and Matoks in Limpopo, and the ANC lost hands down in those wards,” he said.

As if that was not enough, he went on to quote Thomas Sankara. “Sankara says we are authors of our own misfortune. Let’s hope you are not leading our people to nowhere,” he concluded.

During last Wednesday’s imbizo, local residents from Khubvi, including some from nearby areas such as Tshipako, Thenzheni, Muhuyu and Makonde, all complained about poor infrastructure such as roads, RDP houses, water and electricity.

When replying to the residents’ complaints, the acting VDM mayor, Avhashoni Tshifhango, said they would try their utmost to improve service delivery in the municipality. “We don’t want to lie to you. We shall address all your concerns after the new financial budget kicks off on 1 July 2022,” he said. Like a battered boxer, he acknowledged the concerns of the Tshivhase royal house, and said as a listening government, they were going to address all their concerns.