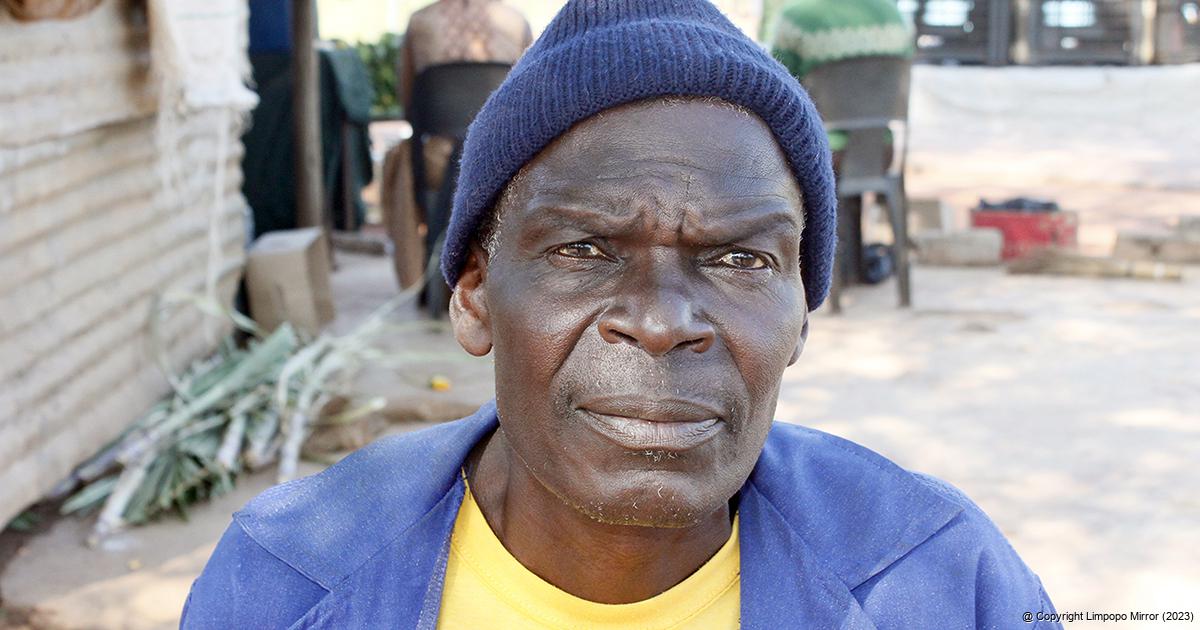 Mr Nndwamato Ephraim Ratshikakale from Matangari village in the Vhembe region worked inside a coal mine for more than 22 years. When he was diagnosed with pneumoconiosis, or “black lung disease”, in 2012, he was laid off from his job, and since then he has had a hard time getting by.

Ratshikakale joined the Tshikondeni Coal Mine in 1990, shortly after he was retrenched from another mine in Randfontein, Gauteng, where he had worked for 13 years. He said it had been a tough job extracting coal from deep inside the belly of the earth, under very unhealthy conditions. “There was a lot of coal dust underground. The only noise you hear is your hammer and falling pieces of coal. Believe you me, there was no protective clothing back then as is the case now. We worked without even covering our faces.”

While he worked at the coal mine, he started experiencing breathing problems, especially in the evening. “In 2012, we were taken to a doctor where it was discovered that I am suffering from pneumoconiosis. I was told that, because of my condition, I could no longer go underground, so I was retrenched. I pleaded with the management to be given another job at the mine, but to no avail. I had to pack my bags and come home, and since then, life has been very hard for me. I have five children and a wife to support.” Ratshikakale said he could not even do piece jobs anymore because of his damaged lungs.

One of his daughters, Khodani, said they had been devastated when her father was retrenched. “It was very hard for us as his children. We could not go to private schools anymore; we had to attend public schools where the teachers spent most of their time attending union meetings during school hours. As there was no money for transportation anymore, we had to walk to school. At times, food became a scarcity at home. We could no longer study, because even paying for electricity was a challenge for my father,” she said.