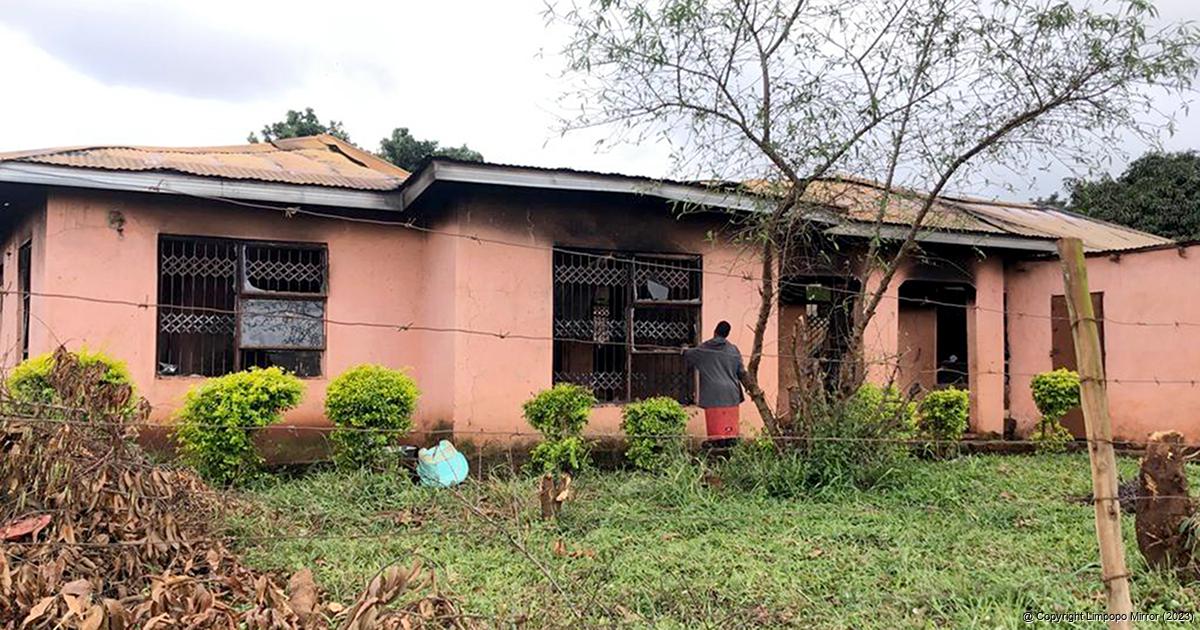 The Mufamadi family's nine-bedroom home after it had caught fire because of an electrical fault on Tuesday, 17 May. Photo supplied.

The Mufamadi family from Makononi village, next to Ha-Tshisele, were left speechless with shock after their nine-bedroom house burnt to ashes on Tuesday evening, 17 May.

The owner of the house, Ms Nndanduleni Mufamadi, said she heard the children screaming for help a few minutes after the power came on again at around 21:00, after load-shedding. When she went to their room, she noticed that the house was on fire.

“I rushed there and found that there was a lot of smoke, and the house was on fire. I could not believe my eyes when I saw my house burning. I felt like I was dreaming,” Mufamadi said. “We tried to extinguish the fire, while at the same time trying to call the police and firefighters, but the fire was very fierce. All seven members of the family scrambled outside to safety. The firefighters arrived and tried to contain the fire, but it had spread to all the rooms by then. People from the village gathered at the homestead but could do nothing. We watched everything inside burn. Yet, we thank God for saving our lives from the fire, for we know that material fortune is not as important as our lives.”

Mufamadi suspects that one of the plugs in the children’s bedroom must have made an electrical short when the power came back on. “The estimated damage is about R400 000, which is a lot of money for someone who is unemployed.” None of the family members are employed.

The family are left with nothing except the clothes on their backs and are sending a plea for help out to the community to help them with food, clothing, furniture and household utensils, as well as building materials, so that they can fix their house.

The chairperson of the local SANCO branch, Mr Masala Meregi, urged the family to accept what had happened. “It is a time to be united and continue with our lives. Let us put everything in God’s hands, because He is the only One who knows what to do,” Meregi said. “It will be very hard for them (the family), as they had accumulated their things over many years, and it will be difficult for them to buy everything all over again. They will need the community’s support,” Meregi said.