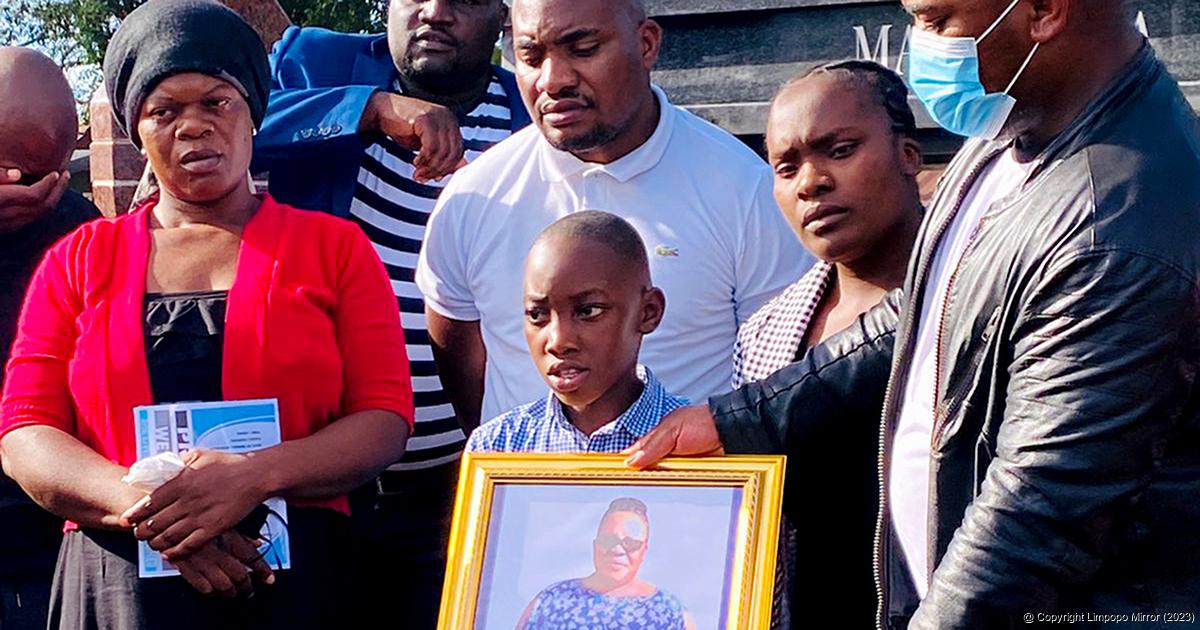 Members of the Magogona family during the funeral of the late Phanuel Magogona. Photo supplied.

The Magogona family, who have not yet recovered from the death of their mother, who was brutally killed during an attack and robbery at their house in Phiphidi over the Easter weekend, now they have to deal with losing their father as well.

Phanuel Magogona (56), a government employee, his wife Norah (53), and their two grandchildren were asleep in the early hours of Easter Friday, 15 April, when intruders broke into their home. The couple woke up when they heard noises in the house and got up to inspect the situation. They came face to face with the thugs, who violently attacked them.

Norah was brutally killed in the attack, while Phanuel was severely injured. Their 10-year-old grandson, Blessing, thankfully sustained only minor injuries, while six-year-old Gudani escaped unharmed. Phanuel was rushed to the local hospital but later transferred to the Polokwane MediClinic.

No suspects were arrested, and a case of murder and attempted murder was being investigated. However, Phanuel succumbed to his injuries on 5 May, and the family now seems to have issues with the police, claiming that the police are not letting them in on what is happening with the case. They feel the police are not doing enough to arrest the killers, even though their father provided the police with the names of the suspects before he died.

At the time of our going to press, police spokesperson Col Malesela Ledwaba could not provide this newspaper with any information regarding the case either. To, the question whether the initial charges of murder and attempted murder had changed to two murder cases since Phanuel Magogona’s death, he only said that a post-mortem needed to be conducted first to confirm the cause of death.

Phanuel was buried at the local Phiphidi Tshandau cemetery on Saturday, 14 May.