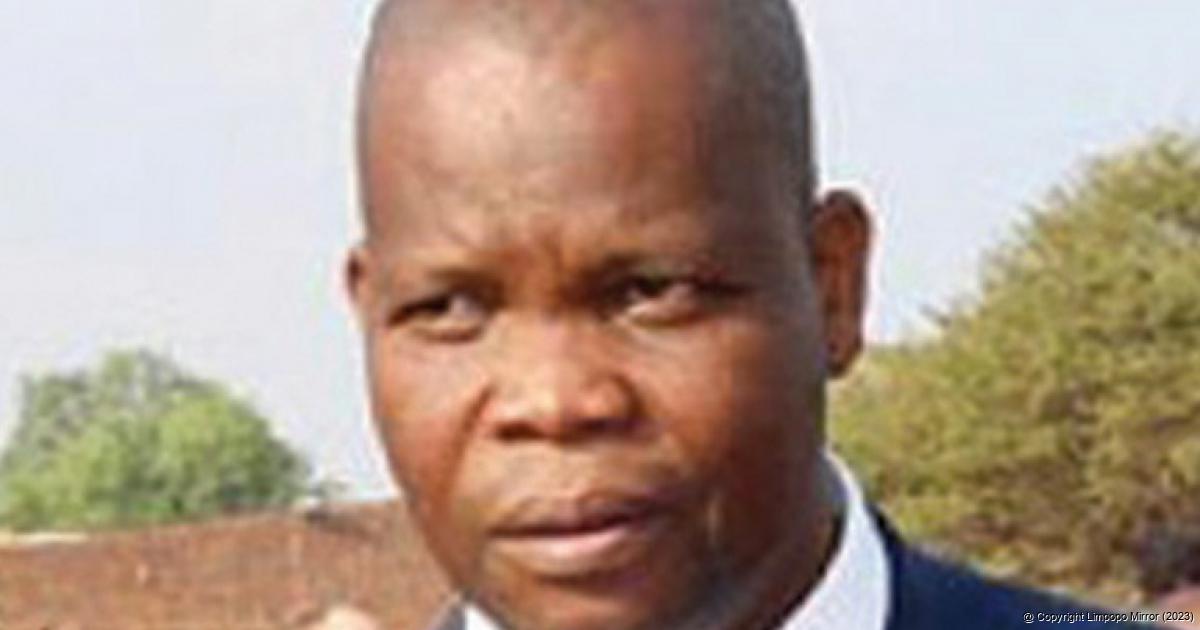 The former acting king of the Vhavenda, Toni Mphephu Ramabulana, is seemingly not going to be let off the hook, and his VBS Mutual Bank debt is not about to disappear. Judging by papers filed in the High Court by the bank’s liquidator, the debt amounting to more than R15,6 million that Mphephu and his Dzata Trust had incurred, will have to be repaid.

Mphephu was one of the high-profile people mentioned in the Terry Motau report who benefitted from loans from the mutual bank. The full-scale looting of the bank eventually caused its demise and led to, among others, municipalities’ losing hundreds of millions of rands needed for development in local communities.

The bank’s liquidator, Anoosh Rooplal of SNG Grant Thornton, went after Mphephu for his vehicle finance debt to the tune of R5 million as well as the R10,6 million loan to Dzata Trust, apparently to finance the purchase of a property in Dainfern, Johannesburg. The vehicle finance from VBS was to buy three vehicles, which included a Land Rover and a BMW 750.

In June 2020, Ramabulana released a statement saying that he had no problem settling any legitimate VBS Mutual Bank debt he might have, but he needed to be properly informed of the details of the money he was supposed to owe. Judging from the court documents filed, he has since changed his tune and now disputes the processes followed when the credit was extended. He has also asked to be placed under debt review.

In Toni Mphephu’s affidavit filed in the High Court, he argues that he is not responsible for the debt. He firstly argues that VBS Mutual Bank was not a registered credit provider and, as such, should not have lent him the money. Mphephu also argues that the loans made to him amounted to reckless lending as the bank never properly established whether he would be able to repay the debt.

As a further defence, Mphephu argues that the debt has become prescribed, because of the time delay in trying to recover the money. Finally, as a last resort, Mphephu asks that he be placed under debt review.

In his latest replying affidavit, Rooplal responds in great detail to the arguments offered by Mphephu. He emphasises, however, that VBS’s records were in a complete state of disarray when he took over. “Many documents were hidden and destroyed in an attempt to conceal the fraud perpetrated on VBS by some of its former directors and managers,” he says.

Rooplal provides proof to the court that VBS Mutual Bank had been a registered credit provider since March 2007. Throughout the whole period, VBS had maintained its registration with the National Credit Regulator.

Rooplal’s latest replying affidavit focuses on the vehicle debt of around R5,6 million, but the arguments correspond with those in the bank’s R10,6 million claim against Dzata Trust, where Mphephu was the main benefactor. The Dzata Trust debt was incurred to help finance Mphephu’s house at the Dainfern Golf Estate in Fourways. VBS has brought a sequestration order against the trust.

The debts for the property and the vehicles were incurred in the period between 2015 and 2017. The vehicles included a Range Rover, a BMW 750 Li and a Mercedes Benz V250.

In Rooplal’s affidavit, he files a number of documents, indicating either initial confusion about the debt of Mphephu or a deliberate dodging of responsibility. One of the documents is a letter from Mphephu’s lawyers, dated 20 April 2018, addressed to Vele Investments. The letter confirms that Mphephu had received the property and the vehicles, but he apparently believed these to be “gifted to him”. He was apparently quite surprised when VBS Mutual Bank informed him in April 2018 that the debt was in arrears and needed to be repaid.

The debt is yours and you could have repaid it

In the latest battle in court, Mphephu seems to have changed tack and no longer denies that he had applied for and received financing from VBS Mutual Bank. He argues, however, that he had concluded instalment sale agreements that he could not afford and was thus excused from paying the debt due to VBS.

The bank’s liquidator was not in the least convinced of this argument and explained to the court that Mphephu had earned a considerable income at all times, both as traditional leader and from what appeared to be donations made by other parties.

In 2015, when the first loans were made, Mphephu was receiving a tax-free salary of R1,126 million per year from the government. This increased to R1,239 million in 2019. Mphephu’s income was rather generously supplemented with payments from companies such as Vele Investments (R1,715 million in 2017) and Tiisang (R161 904). Several companies seemingly serviced Mphephu’s VBS debt. These include Mmampilo Petroleum (R341 776), Vele Investments (R4 389 529) and Venmont Holdings (R145 370).

Bank statements confirm that Mphephu, at the time, received R310 000 per month from Vele Investments. Mphephu also refers to a monthly income of R300 000 in a summary of his monthly income and expenditure, seemingly filed when the application for credit was done. VBS Bank also did credit checks on Mphephu, with his consent.

The debt has prescribed

One of the further arguments raised by Mphephu is that his VBS debt has prescribed. In South Africa, if repayment of a debt is not called upon, the debt prescribes after three years.

Rooplal argues that the liquidator was only provisionally appointed in November 2018 and this appointment was made final in August 2019. In 2018, Mphephu acknowledged the debt and even asked Vele Investments to pay him almost R12 million, so that he could settle the debt.

Once the liquidator became aware of the debt, Mphephu was informed that it needed to be paid. Rooplal argues that the date of prescription would only run from June 2021. Mphephu was also liable to pay instalments on the vehicles, and these periods only ended in mid-2018 (which would mean that the prescription date would be three years later).

As a final defence, Mphephu asks the court to place him under debt review, arguing that he is over-indebted. He provides no evidence, however, to substantiate this claim. The fact that Mphephu has only applied for debt review now may be problematic. The applicable section of the National Credit Act excludes debt where a credit provider has already commenced with legal steps to collect the debt.

Whether Mphephu will be able to repay the millions remains doubtful. Earlier this year, the Department of Co-operative Government, Human Settlements and Traditional Affairs (Coghsta), announced that, in line with the ruling made in the Constitutional Court, Mphephu was no longer the acting ruler of the Vhavenda. As such, he was also stripped of his salary and benefits.

Most of the companies that previously gave generous “gifts” to Mphephu are also no longer operational and many of the directors are facing corruption charges.