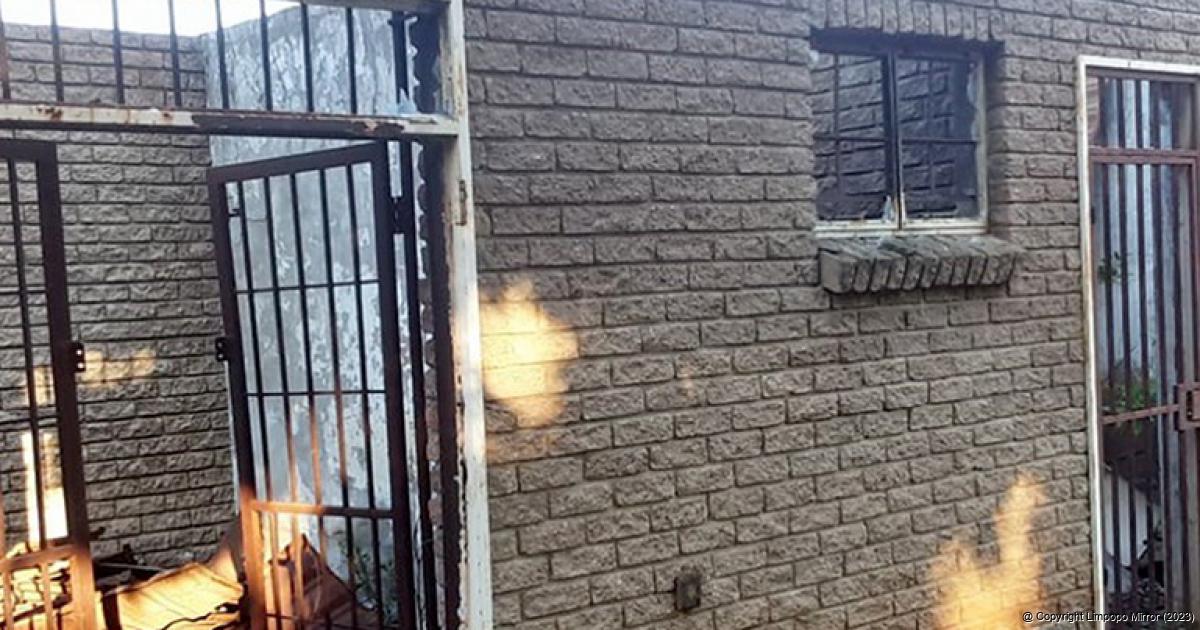 The admin block at Malamulele High School that was destroyed in a fire during the 2015 municipal protests has still not been rebuilt and stands as a constant reminder of the school's misfortune. Photo: Elmon Tshikhudo.

In 2015, the school’s admin block was burnt to the ground at the height of violent protests against the Thulamela Municipality, as angry Malamulele residents demanded having their own municipality. Since then, the block has not been rebuilt; the ruin poses a constant reminder of that turbulent time.

Last Wednesday (4 May), at around 23:00, the school met its second misfortune when thieves cut through the fence and broke into the staffroom, where all the stationery, laptops, printers and other equipment were kept, as well as into a classroom where the school stored its feeding scheme’s groceries. The thieves collected their loot, then set fire to sections of the school before they took off, probably to make sure that no trace of evidence was left behind.

According to Limpopo police spokesperson Col Mamphaswa Seabe, the police were on routine patrol when they came across the burning school. “The school gates were locked, and the police broke the padlocks to gain entry to the premises. The block where the principal’s office and staffroom were situated, was on fire. Further investigations revealed that one of the classrooms, where the food was being kept, was also broken into. Food parcels were missing, and other groceries lay scattered over the premises. The total value of the damaged property is not known at this stage,” he said.

In an interview with one of the local radio stations after the incident, the chairperson of the school governing body (SGB) at Malamulele High, Mr Noel Chauke, told the presenter that the school had suffered a low blow. “We are devastated and do not know why our school is being targeted. We have suspended all activities at the school and learners will only return to school on Monday, 9 May 2022,” he said.

Limpopo Department of Education MEC Polly Boshielo strongly condemned the incident, saying that those involved were enemies of development. “Any damage to our infrastructure takes us backwards in our efforts to develop school infrastructure across the province. It unnecessarily adds to our backlog, and it is in this regard that we appeal to our communities to take care of these properties, meant to develop the future of their children. We call on the local community to assist the police in their investigations by coming forward with information,” said Boshielo. She said the school would be assisted by the district to catch up on the lost time.

A manhunt has since been launched for the unknown suspects. Seabi urged people with information that can assist the police to contact the investigating officer, Warrant Officer Mzamane Shivambu, on 082 319 9724, or the Crime Stop number 08600 10111, their nearest police station, or the MySAPSApp.