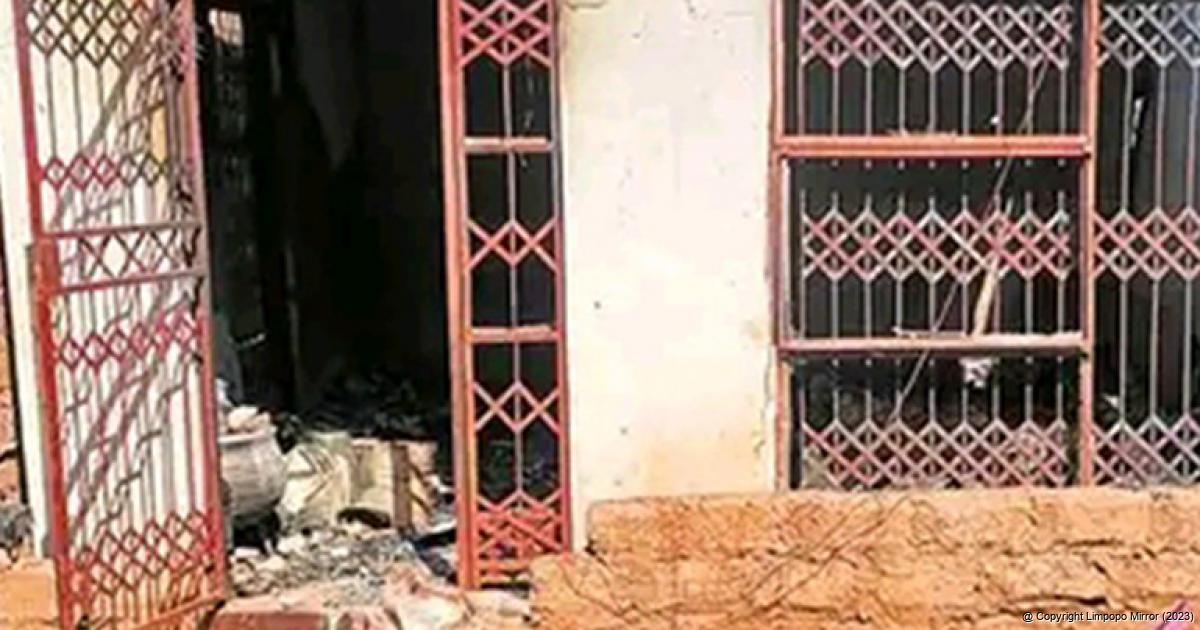 The burnt-out house of the late Ms Basani Portia Shuma of Saselamani, who was brutally killed by a mob at Salema in Saselamani before her house was torched. Eight suspects have been arrested in connection with the incident. Photo: supplied.

Nearly a month has now passed since the death of Ms Basani Portia Shuma (37) of Saselamani outside Malamulele, who was brutally murdered during a suspected vigilante attack.

According to Limpopo police spokesperson Col Mamphaswa Seabe, they received a complaint on 11 April about a vigilante incident at the village, where a mob was about to torch Shuma’s house. “We rushed to the scene and were told that the mob had tied the victim to her motor vehicle and dragged her to the bushes between Salema and Xikundu. When we reached the said bushes, we started searching for the woman. Then the mob started throwing rocks at us. We managed to disperse the crowd and rescued the woman. She was taken to the local hospital, but succumbed to her injuries upon arrival. Afterwards, the mob torched the victim’s house and damaged a motor vehicle, both valued at a total of R200 000,” Seabe said.

Shortly before this gruesome incident took place, a local man apparently went missing. The community is said to have collected money to pay a Sangoma to sniff out who was responsible for the man’s disappearance. Who the consulted Sangoma was, and what the exact outcome of the consultations were is not clear, but Shuma is believed to have been killed on suspicion of having had a hand in the disappearance of the man.

Her death has led to an outcry from concerned community members that the police were not serious about arresting the culprits who, they say, are known among them and still roaming the streets freely.

However, on Friday morning, 29 April, different law-enforcement units, including the Saselamani detectives, Vhembe Task Team, Tactical Response Team (TRT) and Crime Intelligence Unit, dispelled this notion by raiding several homes in the Saselamani area. At the end of the raid, eight suspects between the ages of 18 and 38 were arrested on various charges.

The arrests have been well received by those who disapproved of the way the investigations were being handled. “There is no justification for killing this innocent woman,” said a local, who did not want to be identified. “Who has proof that she is responsible for the disappearance of the man? This is pure jealousy, and this must have been planned by people who owed her money and wanted her dead to cover up their debts. We are happy that, at long last, arrests were made and that those responsible will now face the full might of the law.”

Limpopo police commissioner General Thembi Radebe congratulated the police on the arrests, while at the same time also warning members of the public not to get involved in acts of vigilantism. “I caution community members who perpetuate acts of vigilantism that police will be relentless in hunting them down and bringing them to book. Nobody is above the law and every offence has its own punishment,” she said.

The suspects are expected to appear in the Saselamani Magistrate’s Court on charges of murder, public violence, arson and malicious damage to property.