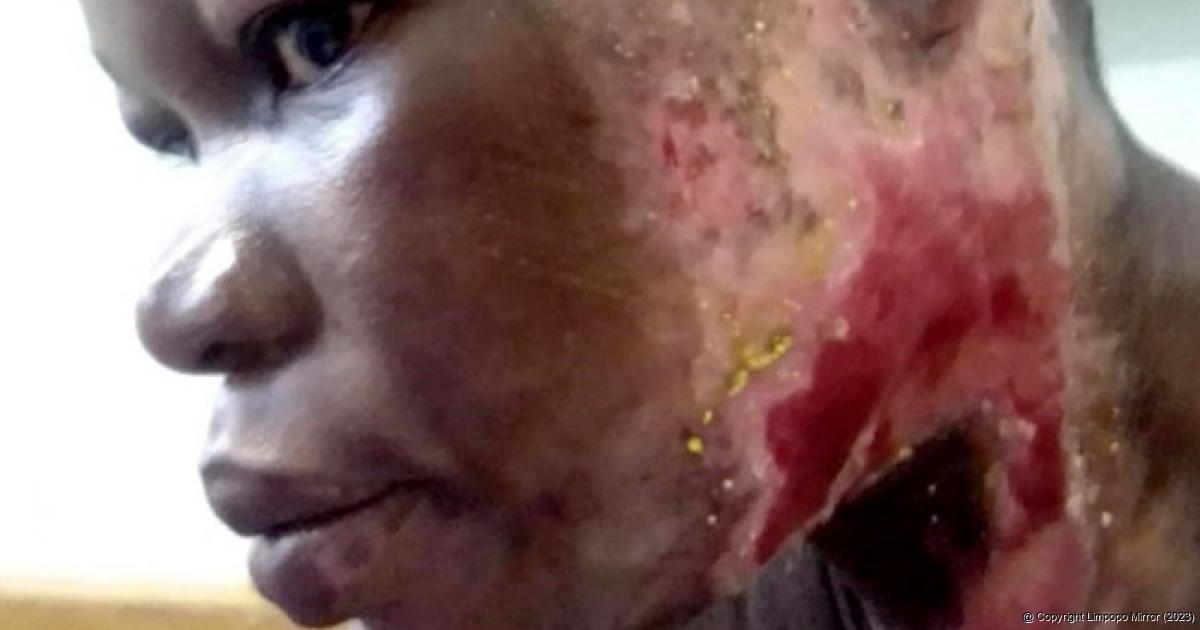 Ms Tshinanne Siobo from Murunwa was badly scarred and one of her children died after her ex-boyfriend allegedly set their house alight, with them inside. Photo supplied.

A mother who lost her 10-year-old son after the house they were staying in was allegedly set alight now wants the law to take its course. The alleged attacker has not been arrested and she feels the legal system has let her down.

In February this year, Ms Tshinanne Siobo (37) and her two children were allegedly attacked. She believes her former boyfriend was responsible. He allegedly set the house alight while she and her children were fast asleep.

Siobo, who stays in Murunwa in the Nzhelele area, said they were asleep when someone doused the whole house with petrol, then set it alight. By sheer luck they managed to get out alive, yet not unscathed.

They were all admitted to the local hospital, but her 10-year-old son, Morgan Siobo, sadly succumbed to his injuries. The mother suffered severe burns. She is now homeless and unable to walk properly because of the incident. The worst part for her, she said, was that the man whom she believed had attempted to kill them, was still free and roaming the streets.

“Others are celebrating Freedom Month, but I will never have that again. My treasure, my son, is gone forever, killed by a person I regarded as someone very close to me. I cannot work to raise and take care of my daughter, who is now in Grade 12. We are homeless and depending on the mercy of a Good Samaritan,” she said.

Siobo said that she felt disappointed in the local police for not arresting her attacker. “When I was discharged from hospital, I thought the police would inform me of a court date, but that still has not happened. The man terrorised me so much before the incident that I had to get a protection order. I was threatened and told I would be killed if ever I dared report him to the police. The man is a monster who should be in jail by now, but he is still out there because of the police’s unwillingness to help me. He should be arrested for me and my daughter’s sake. Government should also build us a house as we are homeless because of their incompetency,” Siobo said.

Limpopo police spokesperson Col Mamphaswa Seabe confirmed that the woman had gotten a protection order against the man before the incident. However, she later withdrew the protection order. “The suspect is still at large, and a manhunt has been launched for his arrest,” Seabe said.