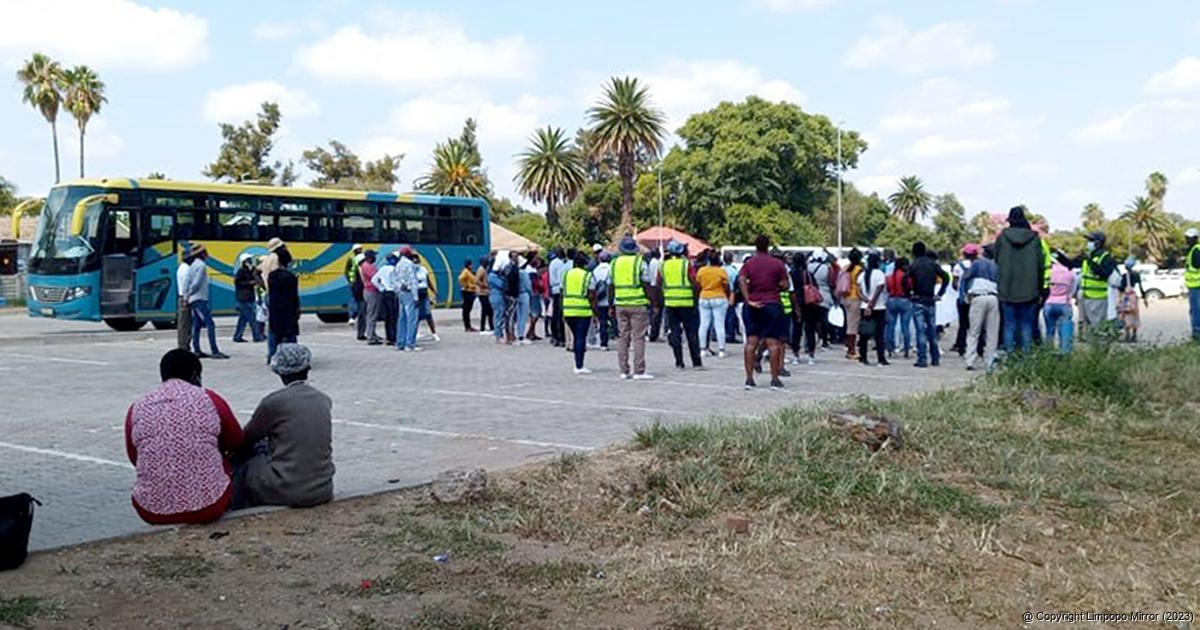 Residents of the Nthabalala area marched to the Department of Public Roads and Transport in Polokwane last Monday to hand over their memorandum regarding the poor condition of their roads. Photo supplied.

Residents of Nthabalala tired of listening to promises

Residents from the Nthabalala area raised their concerns about the poor condition of the D2677 road from Pfananani to Vleifontein, and the D3727 road in Chavani-Morebeng on Monday, 28 February, during a peaceful march to the Department of Roads and Transport’s offices in Polokwane.

The residents said that they had been waiting two decades now for the tarred road that was promised to them by the local government to be completed. Only a seven-kilometre stretch of road has so far been tarred, with 38km of dirt road left to be done. Villagers use this dirt road every day and during the rainy season, when buses struggle to get to commuters because of the poor condition of the road, they are often left stranded.

The chairperson of the Tshitale Taxi Association, Mr David Mulaudzi, said that they were tired of being taken from pillar to post and the empty promises. He said that tyre punctures had become a common occurrence for taxi drivers on this road. “It is an unbearable situation. It is difficult to drive along this road and it delays our trips. The road’s condition creates a serious danger for all road users and affects our business as well. It has been going on for too long. Our lives have been a living hell and residents are forced to take a detour to access the main road to and from [the] Nthabalala area,” he said.

According to Mulaudzi, the community had been visited by the Vhembe District’s executive mayor, Cllr Dowelani Nenguda, and the Makhado Municipality’s mayor, Cllr Samuel Munyai, who took it upon himself to follow up on the situation and promised to report back to the community.

Mulaudzi said that they were not happy about the way they were being treated by the provincial Department of Public Works and Roads Agency. He said that the taxi association had been interacting with the local government for a long time, but nothing fruitful had come of it. They feel that their demands should be addressed now “in order to avoid rolling protest marches until our demands are taken seriously. We need answers in black and white within 14 days. If you fail to commit yourself, you will face the full might of [the] residents,” he threatened.

Vhamusanda Vho-David Maduwa said that they had tried through all avenues to get the government to listen to the problems affecting their community. “Our government has never listened to us or acted on what we had presented to them,” Maduwa said. “We have no proper roads, and our main road is bad. They just send officials to assess the road each time we complain about it, but nothing ever happens after that. My people are suffering. We think the government owes us an explanation.”

The Limpopo Department of Public Works and Infrastructure’s Joe Seabi said that the department was busy with the rehabilitation of the damaged roads. They had already started with the first phase of the project, but because of the length of the road, completing it would take some time. He said that the government apologised for the inconvenience and explained that many roads around the province had been damaged by the recent heavy rains, but that the department was working tirelessly to repair as many as they could, as fast as they could.