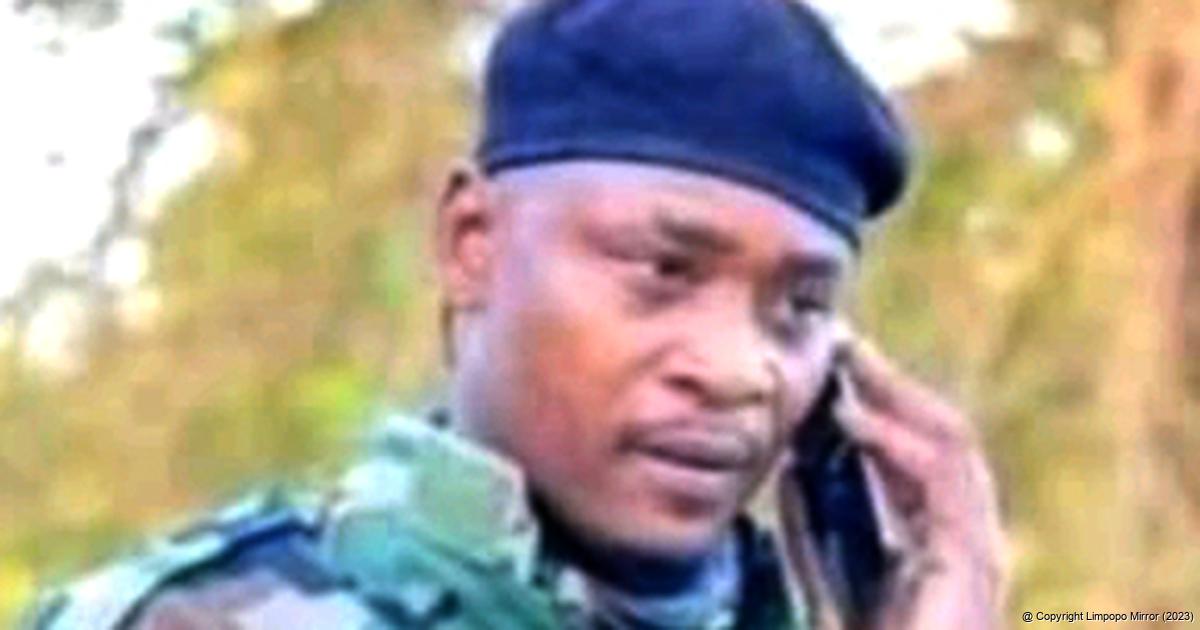 The late businessmen Arnold "Soldier Lion of Judah" Mudau who died in an accident on Saturday.

Some hailed him as a hero, while others believe he was a villain, but whatever the case may be, the sudden death of Arnold “Soldier Lion of Judah” Mudau on Saturday morning sent shockwaves through the Vhembe region. The circumstances surrounding his death are also very sketchy, with many believing his death was a hit and that he died by the same sword he was allegedly wielding.

The 40-year-old businessman from Tshakhuma died, presumably in a vehicle accident, in the early morning hours on Saturday. The accident happened at about 02:00 on the R524 road, not far from his luxurious home at Tshakhuma. Mudau and an unidentified passenger in the vehicle were taken to the NHC private hospital in Thohoyandou, but he was declared dead on arrival. The passenger is still being treated for injuries sustained.

What many found strange was the fact that Mudau’s vehicle was immediately removed from the scene of the accident. This was confirmed by the Department of Transport’s spokesperson, Mr Mike Maringa, who said that when the SAPS members arrived on the scene, the vehicle had been towed away. Removing vehicles from the scene of such an accident before a traffic officer gives permission for this to happen is a criminal offence.

Mudau, better known as the Soldier or the Lion of Judah, started the famous Jerusalem Restaurant and Pub in Thohoyandou, along with his two partners, Linda Netshitomboni and the late Naledzani Munyai.

In June last year, the bullet-ridden body of Naledzani Munyai (44) was discovered in the bushes at Tshidzivhe Mountain. His body had been wrapped in plastic, and he is believed to have been assassinated.

At the time, Naledzani Munyai was said to be one of the most feared men in the district, apparently because of his involvement as leader of a gang going by the name of Jerusalema. In a police statement, Munyai was speculated to have been gunned down as nothing had been taken from his house after he had been shot.

Arnold Mudau and Linda Netshitomboni insisted, however, that they were wrongly and unfairly blamed for the spate of robberies and violent crimes in the area. They even went live on air at radio station Phalaphala FM to answer questions from listeners, during which time they explained how their business had started and how they operated.

Mudau, whose trademark was the camouflage colours that his cars and house were painted, blamed individuals he claimed were out to tarnish his good name.

Another person who vehemently defended Mudau’s reputation was family spokesperson and businessman Mr Masala Mulaudzi. He said this week that he was one of the last people to be with Mudau, whom he described as a humble and God-fearing person who did not have enemies.

Mulaudzi said that Mudau was also a generous person who helped many, including disadvantaged university students. He also condemned the rumours that Mudau's death was a hit. “I am one of the people who went to the scene with the police ,and I can confirm the accident did happen. My appeal to the nation is for them to respect the family during this dark hour by not spreading these malicious and false rumours,” he said.

Mulaudzi said that the life of their brother was ended by a motor accident. “As the family we have accepted his death and we are not mourning, but celebrating his life as he requested while he was still alive,” Mulaudzi said.

The surviving partner, Mr Linda Netshitomboni described Mudau as a hard worker who was determined to make it in life and also strived for development in his area. “It is natural that when death comes we grieve and become heartbroken. Arnold was close to me and I know he worked hard for everything he had. It is very sad to hear people spreading a rumour that we are involved in crime, but that had become part of our lives. But we know all this is as a result of jealousy and as of now we are putting all our efforts into preparing for his final send off,” he said.

Several high-profile personalities sent condolences to the family, after hearing about the accident. Messages were also posted on social media. Celebrity choreographer and business personality, Somizi Somgaga Mhlongo, said Mudau had an everlasting impact on him. The two met by chance when Mhlongo was passing from a gig in Thohoyandou and was attracted by the camouflage colours of his house and cars that were parked outside the mansion.

Prominent businessman Lwams Nelwamondo also posted on his Facebook page: “I am glad I had an opportunity to interact with him on a personal level. He was actually a good person when you get to know him.  He was the reason we have [a] low crime rate around Venda. He always advocated for peace,” he said.

A memorial service in his honour will be held at Tshakhuma on Friday and he will be laid to rest at the local Tshakhuma cemetery on Saturday.