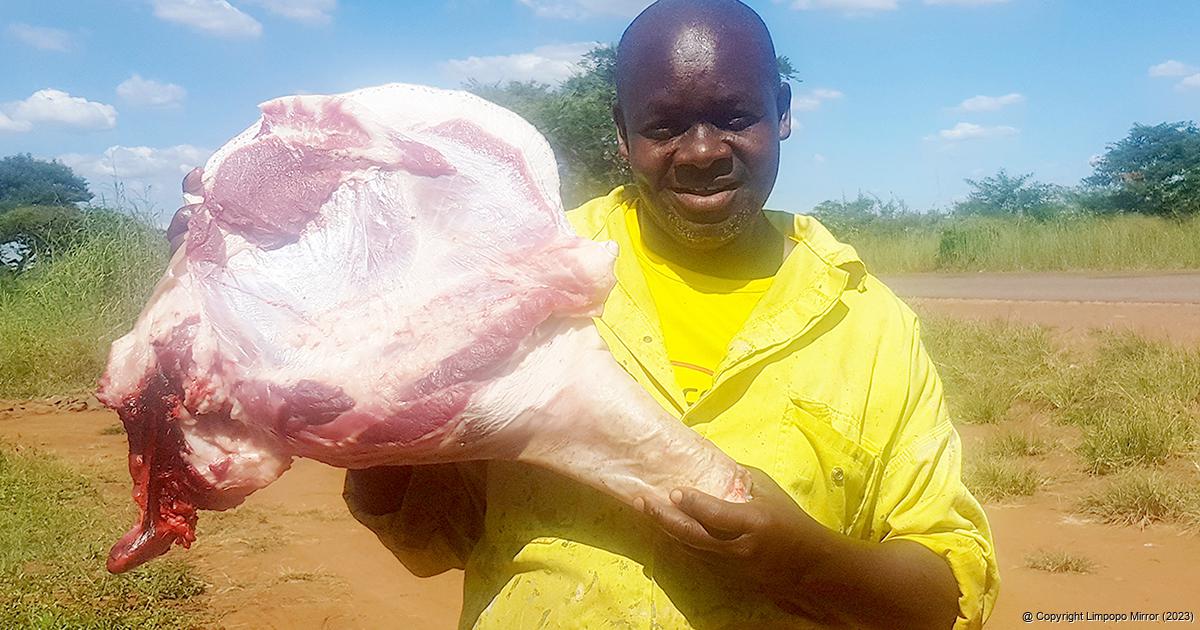 Meet Rudzani Colbert Khubana (49) of Tshivhilwi village, outside Thohoyandou. Like a cat with many lives, Khubana would not allow hunger and poverty to dictate his life. After this courageous man was retrenched from Atok Platinum Mine in 2017, he went back home, took a week to think about his future and made the decision to start a new life.

Today, Khubana runs his own cooking stall next to the Mukula-Tshaulu road, from where he cooks and sells fresh pork meat. His customers stand patiently in line every day to get their share of this mouth-watering treat.

He says that it initially started out as a joke. “In the second week after my return from the mine, I was given a piglet by a relative to keep until it became old enough for slaughter. The piglet was so lovely that I decided to get a boar, so that I could breed with it. Indeed, things worked out well and it gave birth to seven piglets. When people came to my home, they frequently asked me to sell them the piglets and I realized that there was potential for business in those pigs. One day, I slaughtered a pig and went to sell it next to the busy road, and people fell in love with my business. Since then, I have never looked back.”

Khubana breeds his pigs from his home, and by November last year, he had a total of 56 pigs.  “I am happy that I am able to support my wife and three children with the money I make from my small business.”

He says he does not care about people who look down on him or criticise his business. “Some of the people who laugh at me are unemployed and they live on handouts. What I do brings food to the table, and I never feel ashamed of what I do. In fact, I am very proud of what I do because I am contributing to the local economic development in my area. It is better than being unemployed, and customers love what I do.”

Khubana says that, although it looks easy, his job requires hard work and commitment. “I start work at 06:00 in the morning and knock off at 18:00 in the evening. My wife makes sure that the pigs are fed at home during the day. At the end of each day, I make sure that there is enough meat, water and firewood for the next day. It gets very hectic sometimes because most days I work alone, except on the days when I slaughter a pig and my uncle comes to assist me.”

He says that the pigs not only provide an income for him, but also provide manure to fertilize the vegetables he grows on his smallholding, which he also sells to the public.