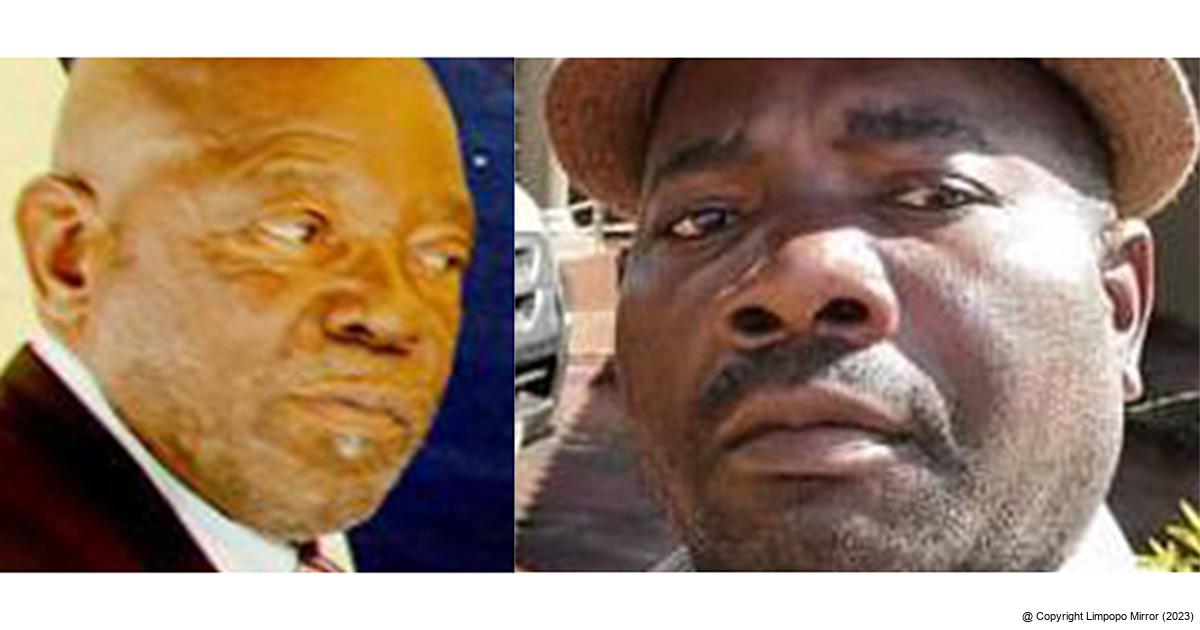 Senior traditional leader Thovhele Calvin Nelwamondo (left) and Chief Ntambudzeni Netshivhale (right), who has vowed to stop the demarcation of sites at Lwamondo until such time as they are consulted.

The longstanding battle to control the land and determine who the rightful ruler of the Lwamondo is, has flared up again. The fight is between the Netshivhale clan, led by Chief Ntambudzeni Netshivhale, and the Nelwamondo clan, led by senior traditional leader Thovhele Calvin Nelwamondo.

The new point of misunderstanding is the demarcation of more than 1 200 sites for residential purposes by the Nelwamondo traditional council, which the Netshivhale traditional council disputed and vowed would not happen as the land in question belong to them

This is not the first time the two traditional councils have had a standoff. In 2015, hundreds of people who bought sites from Chief Ntambudzeni Netshivhale were left in limbo when the Lwamondo traditional council successfully interdicted them from setting up structures at Mvelaphanda in Dzwerani. The matter is still in the hands of the court.

The latest standoff that nearly turned ugly started a fortnight ago when the Nelwamondo traditional council wanted to commence with the demarcation of the sites but were disrupted from doing so by a group allegedly from the Netshivhale traditional council.

This happened on three occasions, and the Nelwamondo council had to employ the services of an armed security company, but still the sites could not be demarcated as the Netshivhale clan stood their ground and did not allow any activity to take place.

The spokesperson for the Nelwamondo traditional council, Mr Pedron Nndwa, said that they had followed all the necessary protocols after their subjects had requested sites for residential purposes. “As protocol we requested all our headmen to submit the names of those who wanted sites and, after receiving the list, we applied (for permission) at the municipality and that was approved. We were surprised to find these people stopping the development and for that matter doing it without any paper or court order,” he said.

“This came as a surprise as the people who were doing this know they have no right to this land. They know we went to the land commission, and they lost. The law allowed them to appeal, but they did not do so,” he said.

Nndwa further indicated that they had hired a security company to keep order while the workers were doing their work. “We are a peaceful people and did not want to fight them, even though they were provoking us. We are so disappointed that the municipal officials did not come after learning there could be trouble. This is delaying development and denying our subjects the right to have their own sites. We will wait and see what will transpire at our meeting with the municipality, but we are confident the sites will be demarcated soon,” he said.

Chief Ntambudzeni Netshivhale of the Tshivhale traditional council was adamant the land in question belonged to them and that no development would ever take place without their approval. “This is the land of our forefathers and those purporting to be owners of the place know fully that they found us here. We are the rightful owners of this place, and no one will push us out. We know there is plot to install a new chief from Lwamondo to replace our own chief. This will not happen here. This is the land we are prepared to sacrifice our lives for if needs be. We are not against development, but it should follow the right protocols,” he said.