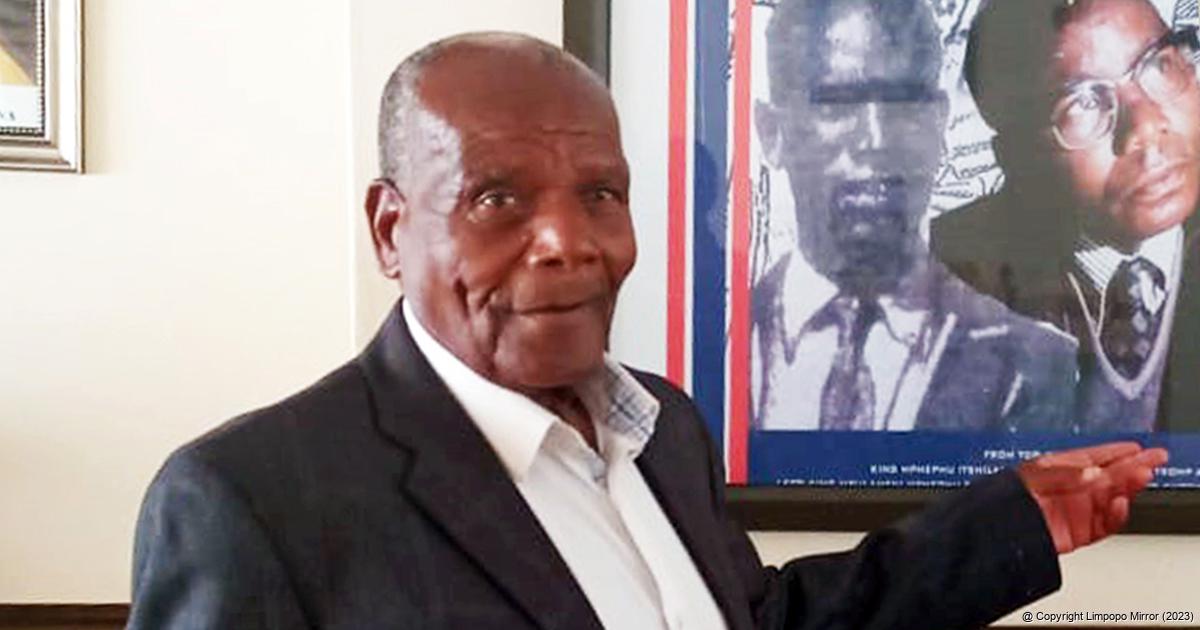 A seemingly slightly reluctant Masindi Mphephu-Ramabulana accepted the appointment of her grandfather, Vhavenda Mavhungu David Mphephu, better known as Vho-Japan, as the regent or temporary king of the Vhavenda. The royal family announced on Tuesday that Vho-Japan will serve in this position until such time as the courts have provided clarity on the kingship issue.

“The Princess wishes to congratulate her grandfather and reiterates her conviction that the matter can be ventilated without any further legal wrangling. She remains open to engagements with the family. Once more, the Princess thanks the family for this positive step towards the right direction,” the statement released by the Masindi Mphephu Foundation reads.

The Ramabulana royal family came under a lot of pressure the past few months to appoint a regent in the place of Toni Mphephu Ramabulana. The Supreme Court of Appeal (SCA) initially allowed him to continue in an acting capacity after this court had overturned the decision of former president Jacob Zuma to appoint him as king.

The matter then went to the Constitutional Court and in November last year this court set aside the privileges claimed by Toni Mphephu Ramabulana. The judges agreed with Masindi’s legal team that this inevitably leads to a situation where the regent has no reason to change the status quo. Fear existed that Toni would unnecessarily delay the court process, because finalising the case was not in his interest.

The ConCourt ruling initially did not speed up matters, and only after pressure was applied on the government to stop paying Toni’s salary did the process gain momentum.

In December last year, the Limpopo Mirror reported on a R5,7 million security contract awarded by the Department of Co-operative Government, Human Settlements and Traditional Affairs (Coghsta) for Toni Mphephu-Ramabulana’s protection. At that stage, he was also still receiving his salary of R1,2 million per year and benefits. This was only stopped at the end of January this year.

The initial fears were that the royal family would simply re-elect Toni as regent, but this did not happen and, following preliminary meetings and postponements, a decision was made earlier this week to appoint Vho-Mavhungu David Mphephu.

Even though Masindi refers to Vho-Japan as her grandfather, he is actually an uncle of hers on her late father’s side. He is the younger brother of both Toni and Masindi’s fathers.

Vhavenda Royal family spokesperson Ntsieni Ramabulana said that the family had taken a long time to come to the decision on the matter to avoid making mistakes. “His appointment was unanimous, with no one opposing the name in the family,” Ramabulana said.

“He is the most suitable candidate in the family, taking into consideration his age and his experience in traditional governance. He has been around for some time, and we have no doubt he will lead this nation and family with distinction, until such time the court case is finalised,” Ramabulana said.

“At long last it seems as if there is light at the end of the tunnel. Mphephu is the right person, and we believe this will give the family enough time to think and do the right thing by installing the rightful heir to the throne,” Tshivhase said.