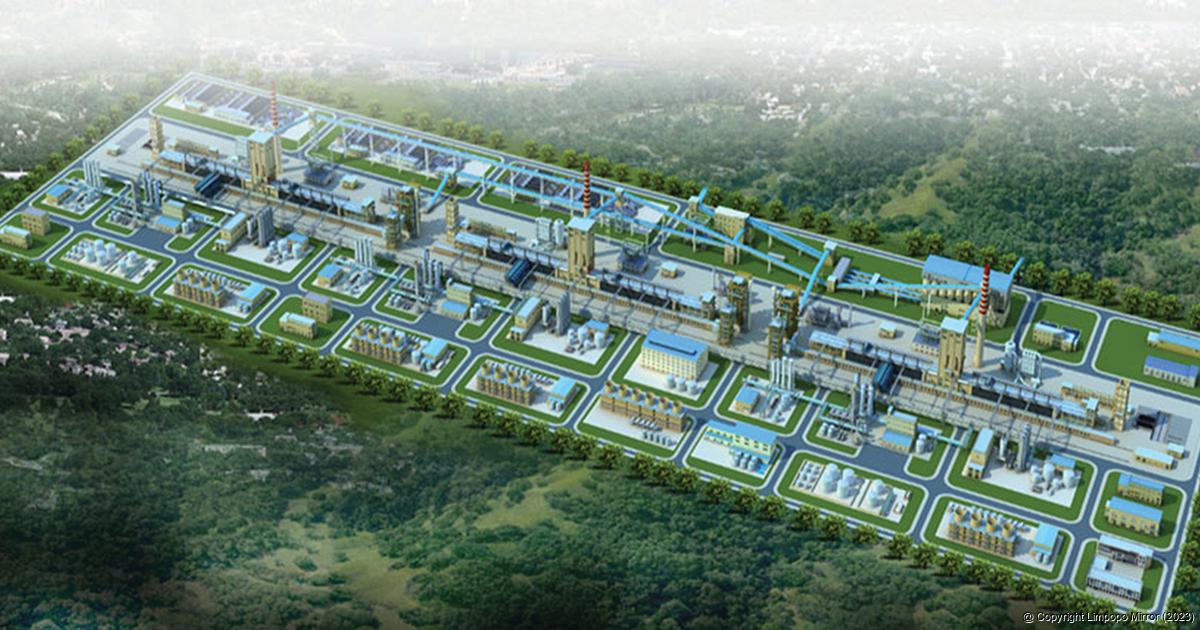 One of several artist’s impressions of the proposed Musina-Makhado special economic zone (SEZ) being planned between Louis Trichardt and Musina. Image supplied.

The annual State of the Province Address (SOPA) on 24 February once again gave Limpopo Premier Mr Stanley Mathabatha a platform to make residents excited about government’s plans regarding the province’s economic growth, social development and prosperity for all its residents. As part of this, he promised 48 000 new job opportunities and again highlighted the Musina Makhado Special Economic Zone (MMSEZ) as one of the province’s flagship projects. Not all, however, applauded his announcement regarding the MMSEZ.

“After a long journey of pursuing the establishment of the Musina-Makhado Special Economic Zone, we are proud to announce that finally the project will be officially launched this year. This follows the granting of the environmental authorization by the relevant authorities. This milestone will unlock the unlimited opportunities for the provincial economy,” said Mathabatha in his speech.

Mathabatha said that they had already set aside R600 million towards infrastructure roll-out at the North Site of the project in Musina. “The manufacturing, agro-processing and logistics hubs of the project are finally taking off the ground. We are well on track in turning the Musina-Makhado Corridor into a melting-pot of industrial activity,” said Mathabatha. He proudly added that, in keeping with the global policy shift on energy generation and their commitment to sustainable development, the SEZ had embraced the net-zero carbon-emission goal by introducing green solar power. “In December 2021, the Musina-Makhado SEZ secured an investment commitment for the first phase of the energy-generation project to install a multi-billion-rand 1, 000-megawatt solar-power plant to support the metallurgical complex,” said Mathabatha.

In the same vein, Mathabatha said, they had made significant progress towards securing water resources for the SEZ. “This includes engagements with Zimbabwe and other SADC member states,” said the Premier. The issue of bulk-water supply to the proposed MMSEZ has always been a contentious issue.

Regarding the MMSEZ, Mathabatha concluded that they were also excited about the partnership with the Vhembe TVET College to build its Musina Satellite Campus inside the SEZ. “The partnership will contribute significantly to empower the youth in technical and vocational training,”

While some welcomed Mathabatha’s announcement about the MMSEZ and the promised riches it will bring to the province, other preferred to look beyond the political claptrap. Among those are organisations such as SOLVE (Save our Limpopo Valley Environment), who have been opposed to the project since its inception. According to SOLVE’s chairman, Mr Johan Fourie, Mathabatha is going around very economically with the truth and is not totally honest with the people of the province.

“SOLVE is aware of the environmental authorisation that has been granted by the Limpopo Province, despite the fact that neither SOLVE nor any of the other interested and affected parties have been informed about the decision as required by law. We have also seen the documentation issued by the relevant department in this respect. It is totally incorrect and misleading to say that the total MMSEZ project has received environmental authorisation as indicated in various reports and as expressed by the premier!” said Fourie.

Fourie explained that the documents clearly state that the EA is only for the clearing of the site and for the construction of bulk infrastructure. “To suggest that the coal-fired power station and metallurgical industries have been authorised and approved is therefore totally incorrect. Each one of these projects will have to undergo individual EIAs and receive environmental individual authorisation to proceed and therefore must go through the rigorous public-participation process,” said Fourie.

Regarding this, Fourie said that SOLVE, the Centre for Environmental Rights, Earthlife Africa, Vhembe Minerals Resources Development Forum and other organisations would oppose and object to each and every one of these projects. “SOLVE and the other organizations are currently waiting to be formally informed of the EA granted for parts of the MMSEZ development, after which we will formally appeal the decision. All legal teams of the various non-profit organisations are currently preparing legal documentation, since we expect the battle against the MMSEZ to be waged in court,” said Fourie.

Based on court decisions relating to the seismic surveys that were planned for the Wild Coast and West Coast, Fourie said they were very optimistic that they had more than enough grounds to stand on for the courts to halt the site clearing and construction of any bulk infrastructure, until all their objections had been adequately dealt with. “We will not fall in the same trap again (as with the Vele Mine) to allow any work to be done on the site, as it opens up an avenue to push the rest of the project through based on the argument that ‘a lot of work, effort and money have been invested already and therefore the rest of the projects must continue’, as per Edna Molewa when granting a water-use license for Vele Mine. The fight against the MMSEZ and for the protection of the Limpopo valley's environment and for a sustainable-development project that can create real development and jobs for our own people only starts now!” said Fourie.

In response to Mathabatha’s speech, Democratic Alliance’s (DA) leader in the provincial legislature, Mr Jacques Smalle, said that the premier might have announced investments for the MMSEZ, but without efficient water infrastructure, proper sanitation and a well- maintained road network in the Vhembe District, these investments would amount to nothing.

Regarding this, Smalle highlighted the province’s already existing water problems. “There are indications that 27% of boreholes in Limpopo have water quality that is marginal or poor for domestic use. Water quality, especially along the Luvuvhu river in Makhado Municipality, shows parameters such as COD, ammonia, turbidity and E-coli consistently exceeding SANS 241 limits, all due to the fact that 30% of our people do not have access to clean drinking water. Towns such as Louis Trichardt and Giyani go weeks without a drop of water,” said Smalle.

Smalle said that decisive action must be taken to establish and maintain the bulk infrastructure needed to support the proposed MMSEZ, adding that the DA was not against the idea of SEZs. “The Nandoni and De Hoop dams were both completed and still, 15 years later, downstream communities are yet to benefit due to continuous delays,” said Smalle.