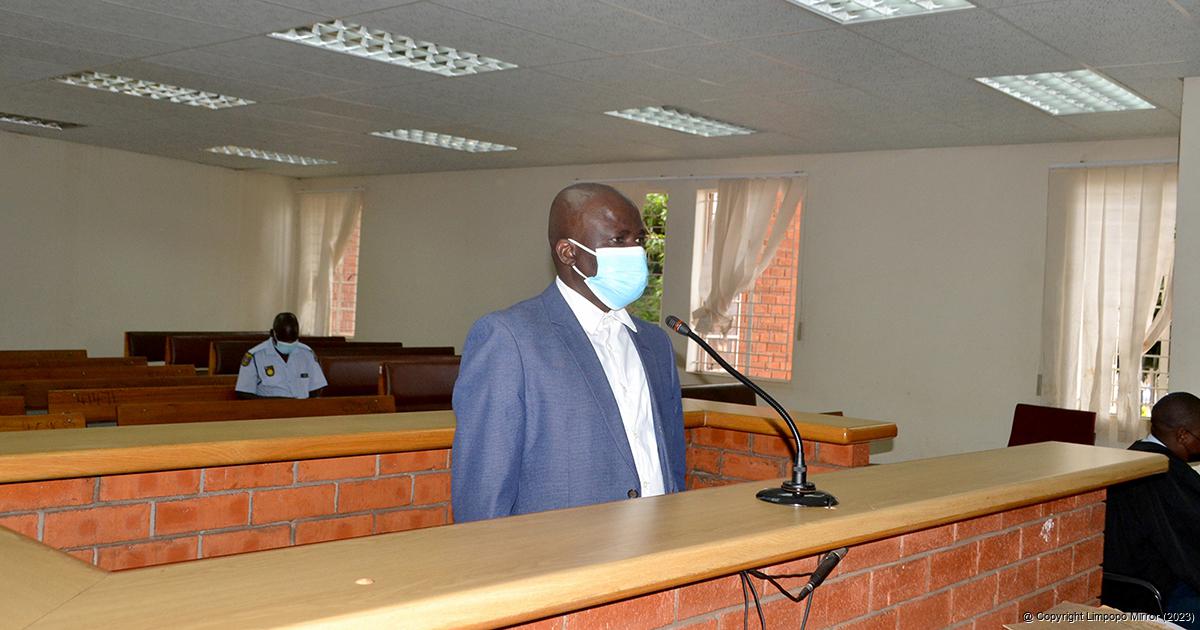 The mayor of the Musina Local Municipality, Cllr Nkhanedzeni Godfrey Mawela (39), appeared in the Mutale Magistrate's Court on Monday, 28 February, on a charge of assault. Photo: Silas Nduvheni.

Mayor in fight for political survival after bar brawl

The mayor of Musina, Nkhanedzeni Godfrey Mawela, is involved in another fight, but this time for the survival of his political career. This follows an incident at a liquor tavern the past weekend where he ended up being arrested for allegedly assaulting a young man.

Mawela’s arrest caused an uncomfortable situation in the ruling party, as he may be expected to step aside, pending the outcome of the court case. The ANC’s “step-aside policy” implies that those members facing criminal charges must voluntarily step aside and face the party’s integrity committee, until the matter is resolved.

The Musina mayor appeared in the Mutale Magistrate’s Court on Monday, 28 February, on a charge of assault with the intent to cause grievous bodily harm. He had allegedly assaulted and injured Carris Munzhelele (25) with his fists and a beer bottle during a drinking spree at a local tavern in the early morning hours of Saturday, 26 February. Both Mawela and Munzhelele are residents of Muswodi-Dipeni village, outside Musina.

The incident reportedly occurred at around 03:00, although the details surrounding the matter are still unclear. Munzhelele’s mother, Ms Rendani Mavundadavhi, told this newspaper that she was awoken that morning by her son, who was running for his life to hide from the mayor and a group of other men who were chasing him after a brawl at a local tavern.

Mavundadavhi (48) said her son was injured when he got there. She accompanied him to the Muswodi-Dipeni Police Station to report the incident, and police officers took them back to their home to find out what had happened. When the mayor and his gang later arrived at her house, Mavundadavhi thought that he had come to ask for forgiveness for what had happened.

“Surprisingly, the mayor showed no remorse and started swearing at me, pointing his fingers at me and spitting in my face, right in front of the police, while they did nothing. I was disappointed that a dignified figure like the mayor was still at the tavern at 03:00 in the morning, fighting with young men, with his group of boys who booze with him by his side. As soon as he gets into a fight, they help him,” said Mavundadavhi.

According to her, the police were reluctant to do anything and also left, saying that her son had to go for a medical examination, so she hired transportation and went to the Vhufuli Donald Fraser Hospital. Afterwards, Munzhelele went back to the police station with a letter from the doctor and a case was opened.

“I don’t know how are we going to live with the mayor, as we live in the same village. We haven’t seen my son since he went to the police station from the hospital to open a case. He is nowhere to be found, but when I called him, he said he was in hiding because he is still afraid of the mayor and his boys,” Mavundadavhi said. She planned on going to the Mutale Magistrate’s Court to get a protection order against Mawela, as they fear for her son’s life.

Limpopo police spokesperson Brig Motlafela Mojapelo confirmed that the police in Muswodi had arrested a 39-year-old man for assault GBH on the night of 26 February.

Mawela made an urgent bail application soon after his arrest and was granted R3 000 bail. When he appeared in court again on Monday, 28 February, he was not asked to plead. His case was postponed to 29 April for further police investigation and for him to get legal representation of his choice.

The spokesperson for the ANC in the Vhembe Region, Ms Gumani Mukwevho, told Limpopo Mirror that they were supposed to meet with the mayor after his court appearance to discuss his fate and the consequences of the matter. She could not say when the meeting was to take place, only that they would issue a statement soon.

Mr Donald Selamolela, spokesperson for the Limpopo ANC, said the organization was disturbed by the mayor’s case, but that they were still waiting for the regional office in Vhembe to address them on the matter.

When asked about the “step-aside policy” of the ANC, Selamolela said that, for now, they could not comment on the issue, since they were still waiting to find out what had happened. He said that they would comment further as soon as the Vhembe regional office had thoroughly investigated the Mawela incident.

Meanwhile, the spokesperson for the Musina Local Municipality, Mr Wilson Dzebu, said that the municipality could not comment further on the matter since the matter was sub judice.